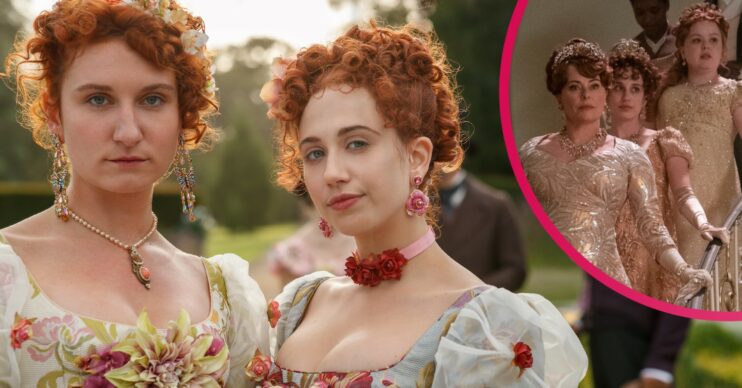 Bridgerton cast: Where did we leave Philipa Featherington in season 1? What’s next for her in season 2?

What'll happen with her and Albion?

The Featherington sisters, Philipa and Prudence, appeared to be the most unbearable characters on the cast of Bridgerton series 1.

With their snobby attitude and horrendous dresses, it was no wonder that they weren’t very successful in finding the perfect match.

However, viewers were shocked to see that Philipa Featherington had actually managed to find herself a suitor.

And it surprisingly warmed all our hearts!

Here’s where we left Philipa Featherington and what she could be getting up to in Bridgerton season 2.

Bridgerton cast: Where did we leave Philipa Featherington?

Philipa was surprised when a young caller named Albion Finch came to the Featherington house to see not Marina, but her.

After watching her cousin Marina Thompson court eligible suitors, Philipa was excited that she finally got some attention.

However, Lord Featherington wasn’t happy to see Philipa courting because of their lack of dowry due to his gambling addiction.

So he decided to make up a rumour about his own daughter and told Albion Finch.

Albion desperately avoided Philipa and couldn’t even bare to look her in the eye, leaving her heartbroken.

Read more: Where did we leave Benedict Bridgerton in season 1? What’s next for him in season 2?

But sadly things took a turn for the worst when they found out Lord Featherington had died.

What’s next for her in season 2?

Polly Walker, who plays Lady Featherington, has revealed that it doesn’t look good for the Featheringtons in season 2.

She told Stylist: “She’s lost all her money and that’s not a good thing to happen to a woman in the Regency era because that’s her whole estate.

“The series ends with her looking at a letter seeing who does inherit the estate and she doesn’t look entirely thrilled.”

Read more: Where did we leave Violet Bridgerton in season 1? What’s next for her in season 2?

However, fans are excited to see a lot more of Philipa and Albion Finch in season 2, as we hope to see their relationship blossom.

They announced that Bridgerton will be returning to Netflix on March 25.