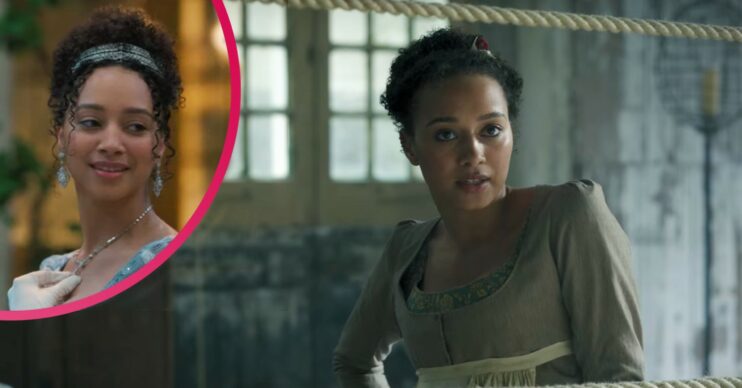 Bridgerton: Where did we leave Alice Mondrich in season 1? What’s next for her in season 2?

Even though season 2 of Bridgerton wont feature the Duke of Hastings, Alice Mondrich will be returning to the story.

And this time with lot’s of money!

Fans are hoping to see a lot more of Alice Mondrich in beautiful gowns and expensive jewellery, now that her and Will are able to support themselves.

So what’s in store for Alice in season 2?

Where did we leave Will and Alice Mondrich?

Alice Mondrich and her husband Will are good friends with the Duke of Hastings, played by Regé-Jean Page.

Even though they are considered to be lower working class, the pair are happily married and have three children together.

Alice is very supportive of her husband as he creates his own boxing exhibitions.

She even tries to persuade the Duke and his soon to be brother-in-law Anthony to invest in Will.

Read more: Where did we leave Eloise Bridgerton in season 1? What’s next for her in season 2?

Towards the end of season 1, Will is conflicted as to whether or not he should throw a boxing match to secure a future for his family.

Will eventually decides to lose the fight and bag a considerable amount of money from Lord Featherington, who placed a bet.

He then used some of the money to buy a new necklace for Alice, which she wore to Daphne and Simon’s ball.

What’s next for Alice in season 2?

Martins Imhangbe, who played Will Mondrich, told Harpers Bazaar what he thinks is next for Will and Alice.

Read more: Where did we leave Colin Bridgerton in season 1? What’s next for him in season 2?

“I guess I would like to see what he does with the money. I would love to see his entrepreneurial side come in, his business side and what that strategy would be.”

Emma’s career is just getting started.

She had a small role in The Trial of Christine Keeler TV series and a recurring part in crime drama Professor T.

Emma is currently filming the movie adaptation of Surprised By Oxford, which stars Simon Callow.

In the video, the cast read a letter by Lady Whistledown which finally revealed the release date for season 2.

Are you looking forward to season 2? Head to our Facebook page @EnertainmentDailyFix and let us know.