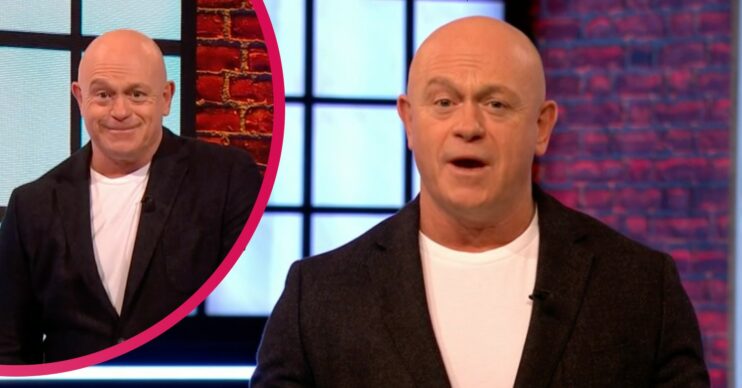 The new show has had a mixed reaction

Ross Kemp’s new BBC quiz show Bridge of Lies, debuted on Monday (March 14), and fans of the genre have finally delivered their verdict on it.

It’s probably safe to say that viewers are divided.

Some have branded it “boring”, while others “really enjoyed it”!

What is Ross Kemp’s new show Bridge of Lies about?

Bridge of Lies is pretty simple to wrap your head around. Teams of four have to walk across a ‘bridge’ by answering general knowledge questions in the hope of winning a big money prize.

The ‘bridge’ in question consists of a series of stepping stones. If they step on a ‘true’ answer, they’re safe.

However, if they step on a ‘false’ answer, they could face elimination.

Ross asks a contestant a question, they then have to make their way across the bridge by stepping on ‘true’ answers to the questions.

How did viewers react to Ross Kemp’s new quiz show?

Some viewers were not impressed with the show and took to Twitter to complain.

“Dear Contestant. Thank you for your application to be on #TippingPoint. Unfortunately, you are too dim, even for us, and have been unsuccessful on this occasion. However, we *have* passed your name to the BBC for a new gameshow with Ross Kemp,” one viewer joked.

” That #BridgeOfLies on Bbc1 is painful. If you have 5 mins to get across, why spend half of it talking about your answer. Just step on the blooming thing already!!!!” another said.

“This is my first time seeing #BridgeOfLies. Never again!” a third wrote.

“Ross Kemp is no quiz show host,” another viewer tweeted.

“So boring #BridgeOfLies,” a fifth said.

What else did viewers say about the show?

Others were warming up to the show more.

“I don’t mind the format, like Ross Kemp as the presenter but this show really depends on the likeability and general knowledge of the teams – can make or break as we’ve seen already this week,” one viewer said.

“Really enjoyed the 1st episode of #bridgeoflies,” another said. “Loved the show!”

“Just watched #bridgeoflies hosted by @RossKemp on bbc1. Quiz shows are hard to find a new & interesting format, think this one works and really enjoyed it.”

It even had a famous fan too!

“You will all know better than me I’m sure, but I really enjoyed #BridgeofLies. Feels like with this and #Moneybags we have a couple of new quizzes which will run and run. Great choice of host too,” Pointless star Richard Osman tweeted.

Bridge of Lies airs on weekdays at 4.30pm on BBC One and BBC iPlayer

What do you think of Bridge of Lies? Leave us a comment on our Facebook page @EntertainmentDailyFix and let us know!