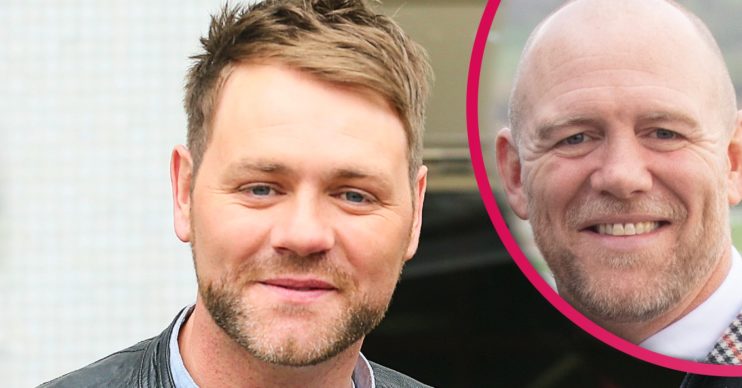 Mike, 42, and his royal wife – Zara, daughter of the Princess Royal – also experienced the heartbreak of a double miscarriage.

And Brian has now shared the advice and support that Mike gave him.

What did Brian McFadden say about Mike Tindall?

Brian and Danielle announced in November that they are expecting their first child together.

During his appearance, he revealed that Mike gave him and Danielle some valuable advice.

What did Brian say Mike told him?

Appearing on video link with Danielle, Brian said: “There’s this girl in Dubai called Simone and she’s this dietary magician when it comes to helping people to get pregnant…

“…whether it’s through IVF or naturally.

“So Mike told me all about her and we got in touch with Simone and she basically changed our complete diet.

“Mike and Zara did it, and he swore by it.

Brian continued: “He said, ‘Everybody that we’ve put onto this lady and has done this diet, has gone on to get pregnant and have a successful pregnancy’. So we thought we might as well give it a try.

“So after the second pregnancy, we thought we’d take a little bit of time before we did the third implant…

After the second pregnancy, we thought we’d take a little bit of time before we did the third implant

“.Because I think we were little bit too soon after the first when we did the second. It completely changed our lifestyle.”

A third Tindall on the way

Mike and Zara announced last week that they were expecting their third child.

The couple married in 2011 and are parents to two daughters.

Mike announced the good news on his rugby podcast.

“It’s been a good week for me, had a little scan last week – third Tindall on its way,” he said.