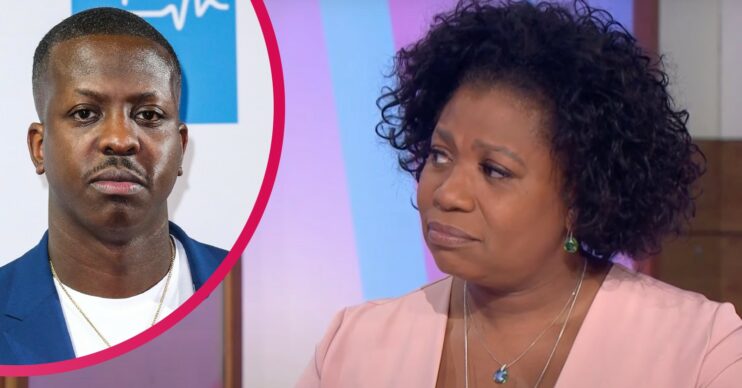 Brenda Edwards revealed on Loose Women today that she is going to be getting a tattoo in tribute to her late son, Jamal Edwards.

And, as a result, Brenda has now laid out her plans to honour him.

During today’s edition of Loose Women (May 31), Brenda spoke about how she wants to get a tattoo as a tribute to her late son, Jamal.

Brenda admitted that she had been against Jamal and her daughter, Tanisha, getting tattoos.

However, she confessed that she wants to get something to honor her son.

“Jamal did his and he went on holiday with Ed [Sheeran] and came back with a tattoo already done,” she said.

“And then Tanisha instantly said: ‘Well, how come he’s allowed to get a tattoo?” she continued.

‘We’re going to get a butterfly done’

The 53-year-old singer continued, explaining what sort of tattoo her daughter had got done in memory of her brother.

“You know, I’m like, there’s no point in arguing,” she said.

“She recently just did one… a Virgo, which was Jam’s birth sign and his name,” she continued.

“And we’re going to get a butterfly done for him, so I am going to do it,” she said.

Brenda joins the cast of Chicago

Brenda’s plans come just days after it was announced that she is going to be heading back on stage.

It was previously announced that TOWIE star Gemma Collins was going to be appearing in Chicago as Mama Morton.

However, Gemma then picked up an injury. This then meant that she had to pull out of the show.

Then, last week, it was announced that Brenda would be replacing her in the role.

Brenda made her West End debut as the character back in 2007.

Sharing the news on her Twitter, Brenda simply wrote: “Mama’s back.”

“Fantastic to see you back where you belong,” one of her followers wrote.

“Go break a leg and give it your all,” another said.