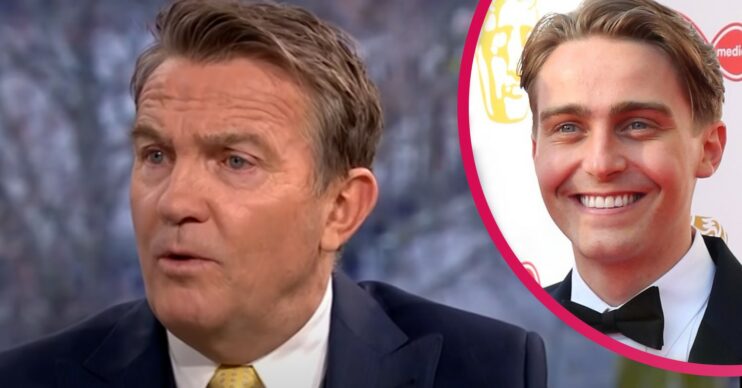 Breaking Dad star Bradley Walsh once admitted his son Barney is the person he ‘always wanted to be’.

The Chase host, 61, has teamed up with his son, 24, for their ITV travel series Breaking Dad.

The fourth series is currently airing on ITV and the pair’s bond has delighted viewers each week.

What did Breaking Dad star Bradley Walsh say about Barney?

Last year, Bradley opened up about his son during an appearance on The Jonathan Ross Show.

At the time, he admitted he loves working alongside his son.

“I’ve said it on many occasions – he’s the person I always wanted to be.

“He’s got wonderful humility, he’s very sensitive. He takes after his mum, thankfully.

“He’s much more gentle than I am.”

Bradley and Barney have been travelling around Europe during their latest travel series.

Tonight, they will explore Sweden as they kickstart this leg of the tour with a bang in honour of Alfred Nobel, a Swedish chemist.

The father and son duo will then hit the ice and go head-to-head in a curling competition alongside the Swedish Women’s Team in Stockholm.

Viewers have been loving the adventurous series so far.

However, they’ve had just one complaint – it’s not long enough!

Viewers have been begging ITV to make longer episodes of Bradley and Barney’s show.

One viewer recently said on Twitter: “@BradleyWalsh wish you and #barneywalsh would have an hour long episode of #breakingdad for each location. 30 minutes it’s too short.”

Another tweeted: “Just love this show. Should be longer than half hour! #BreakingDad.”

Do you enjoy watching Bradley and Barney in Breaking Dad? Leave us a comment on our Facebook page @EntertainmentDailyFix and let us know.