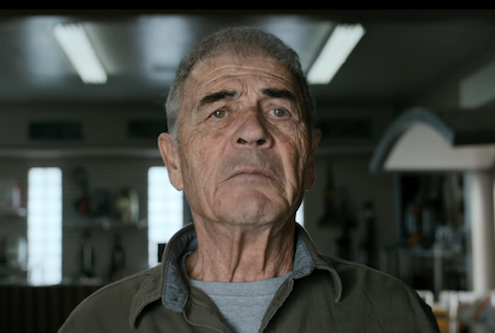 His final film was released only yesterday

The 78-year-old actor – who earned an Oscar nomination for his role in Quentin Tarantino’s 1997 movie Jackie Brown – passed away after a brief battle with brain cancer.

He recently reprised his Breaking Bad role in Netflix’s El Camino: A Breaking Bad Movie and died at his home in Los Angeles on Friday, just hours after El Camino was released on the streaming service.

The prolific character actor appeared in more than 110 films and dozens of TV series.

His first movie was alongside Elizabeth Taylor and Marlon Brando in John Huston’s Reflections In A Golden Eye in 1967 .

Two years later he played the role of John Cassellis in Haskell Wexler’s Medium Cool but the 1980s saw a downturn in acting work for him.

Speaking to the Chicago Tribune in 2018, he said: “I went 21 months without a job. I had four kids, I took any job I could get.

I’m saddened today by the news that Robert Forster has passed away. A lovely man and a consummate actor. I met him on the movie Alligator (pic) 40 years ago, and then again on BB. I never forgot how kind and generous he was to a young kid just starting out in Hollywood. RIP Bob. pic.twitter.com/HtunD0Fx6g

“Every time it reached a lower level I thought I could tolerate, it dropped some more, and then some more.

“Near the end I had no agent, no manager, no lawyer, no nothing. I was taking whatever fell through the cracks.”

However, he bounced back in 1997 with his portrayal of bail bondsman Max Cherry in Tarantino’s Jackie Brown, which led to roles in Psycho, Me, Myself & Irene, Mulholland Drive, Charlie’s Angels: Full Throttle and Lucky Number Slevin.

Following his death, tributes poured in from Hollywood stars, including Breaking Bad’s Bryan Cranston, who tweeted: “I’m saddened today by the news that Robert Forster has passed away.

“A lovely man and a consummate actor. I met him on the movie Alligator 40years ago, and then again on BB.

“I never forgot how kind and generous he was to a young kid just starting out in Hollywood. RIP Bob.”

And Arron Paul also noted he was “heartbroken” by the news.

I am heartbroken to hear the news of the passing of Robert Forster. My god. I had the privilege of knowing this beautiful man and working along side of him. A true gentleman that loved to act. I love you my friend. Thank you for loving me. You are and always will be a legend. 🖤 pic.twitter.com/CokPGjIDzU