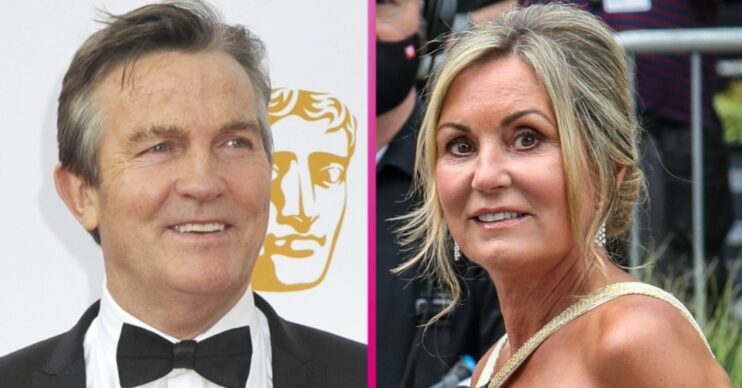 Do you recognise her?

Bradley Walsh has become a firm favourite on TV screens over the years – and his beloved wife is also a star!

The Chase host and his wife Donna Derby tied the knot back in 1997.

But what has Donna previously appeared in? And when did she start in the world of showbiz?

As well as being married to the presenter, Donna is known for her work as an actress, dancer and choreographer.

As a choreographer, she would often work on the prestigious Miss World beauty pageants.

Her last Miss World pageant was in 2013.

Read more: The Chase star Bradley Walsh’s secret medical battle and how it impacted his work

During the competition, Donna helped out as a choreographer and a stage director.

Back in 2017, Holly Willoughby shared a clip of herself and Donna dancing to the much-loved 80s hit.

The This Morning star captioned the clip: “Me and the original #robertpalmergirl babe #Donna … who happens to be #bradleywalsh wife!!!!!”

When it comes to television, Bradley certainly isn’t the only star.

Donna starred in six episodes of The Kenny Everett Television Show in 1987.

I wouldn’t swap my missus for the world.

She’s also appeared on The Russ Abbot Show as a dancer.

With talented parents like Bradley and Donna, we’re not surprised son Barney has followed in their showbiz footsteps.

When did Bradley and Donna meet?

The happy couple have since welcomed son Barney, 23.

Even after 24 years of marriage, Bradley and Donna are still very much in love.

Speaking about his wife, the presenter previously shared: “I wouldn’t swap my missus for the world. Donna isn’t just beautiful, she’s the most fantastic wife and mother.”

Meanwhile, Bradley credits the choreographer for helping him land his role in Coronation Street in 2004.

He added: “She is the one who recognised what it could do for me even though it would mean being apart.”