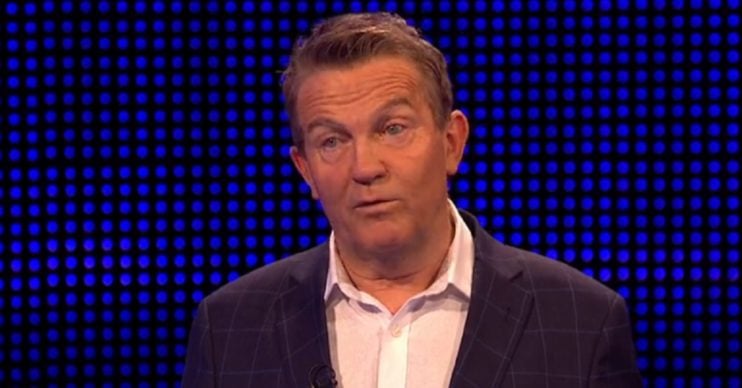 Who is Bradley Walsh’s wife Donna Derby and is he a grandad yet?

Daughter Hayley announced her pregnancy - and maternity - in February

He’s a bonafide  TV legend, but behind every good man stands a good woman, so just who is Beat The Chasers host Bradley Walsh’s wife?

The Breaking Dad star credits her with pushing him to take one of his career-defining roles.

And the presenter says that not only is she beautiful, but she’s also a great wife and mother.

Who is Bradley Walsh’s wife?

Bradley is married to choreographer and dance icon Donna Derby.

She herself is no stranger to the limelight after starring in Robert Palmer’s music video Simply Irresistible.

The stunning blonde has also helped to put together the choreography for beauty pageant Miss World.

Back in 1987, she featured in six episodes of The Kenny Everett Television Show.

When did they get married?

Donna married Bradley in 1997 and the couple are still happily in love today.

Over the years, he has opened up about how much his wife means to him.

He told the Express: “I wouldn’t swap my missus for the world. Donna isn’t just beautiful, she’s the most fantastic wife and mother.”

I wouldn’t swap my missus for the world. Donna isn’t just beautiful, she’s the most fantastic wife and mother.

Bradley has also said Donna had a huge impact on his career and even credited her for his role in Coronation Street.

“It’s because of her I signed with Coronation Street,” he told the Mirror.

“She’s the one who recognised what it could do for me even though it would mean being apart.”

The Chase presenter played Danny Baldwin on the cobbles from 2004 to 2006.

Revealing what he brings to the relationship, Bradley said: “Love, stability and reliability. And a shoulder to cry on, or a shoulder to lean on.”

How many children does Bradley Walsh have?

The Chase star has 23-year-old son Barney with wife Donna.

Bradley is also super close to his 38-year-old daughter Hayley, whom he had with ex-partner Debby Parker.

Is Bradley Walsh a grandad yet?

Can you imagine having Bradders as your grandpa? His daughter Hayley announced back in February that she was expecting her first child and was heading off on maternity.

So the arrival must have happened, unless our maths fails us! Bradley is yet to confirm this in public though.

Who else has Bradley Walsh dated?

The couple were introduced by her sister Coleen Nolan – of Loose Women fame – and her then husband Shane Richie back in 1989.

At first they were inseparable and never argued according to Bernie. However, she soon grew suspicious that he was being unfaithful.

The late singer, who sadly passed away in 2013, said: “I quickly realised that whatever Brad did, there would be a woman involved.

“If he had tennis lessons, it would be with a woman. If he was in a show, he was surrounded by dancers.”

Eventually, she confronted him: “He was full of remorse and apologies. ‘I’m so sorry,’ he said, over and over again. ‘Please take me back, Bernie. I love you.’”

However, in the end, his alleged infidelity tore them apart.

What is Bradley doing now?

As all self-respecting Bradley fans will know, he can currently be seen on ITV at teatime with reruns of The Chase.

It is expected that new episodes of the show will air soon.

As well as that, Beat The Chasers recently returned.

A celebrity special aired on ITV on the last weekend of March.