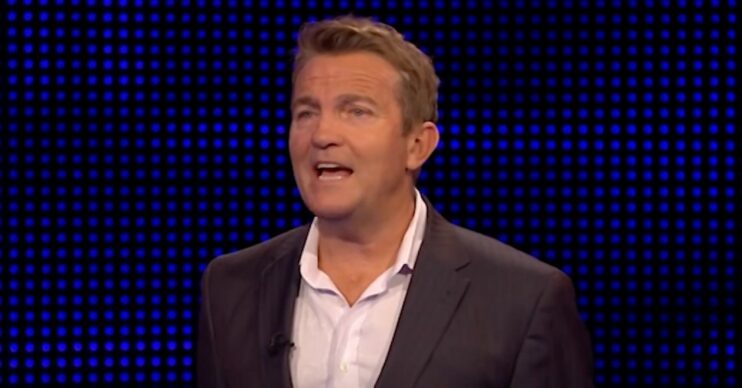 The Chase: Bradley Walsh’s response to complaints about how fast he reads the questions

He's on a very tight deadline!

Fans of The Chase will know that every now and then fans accuse Bradley Walsh of reading questions at a certain pace in a bid to ‘throw’ the result.

But what many might not realise is that the game show is a really tightly-run ship behind the scenes, and Bradders actually makes sure to stick to a specific speed.

He once told Radio Times that the average time to deliver a question and get an answer on the ITV show is somewhere between 3.6 and 4 seconds on average.

The Chase host Bradley Walsh sticks to a specific speed

“You have to be at such a speed: if you’re a contestant and I go ‘What’s… the capital… of France… ‘ they’d be dead and buried in 30 seconds,” he said.

“I have to make sure they get up to speed and they’re getting about 18 or 19 questions answered correctly. That’s the real banana skin score.”

They’d be dead and buried in 30 seconds.

He went on: “Once the Chasers get in a rhythm there’s no stopping them. They can answer 24, 25 questions in two minutes. We’ve even almost reached thirty.”

How long has the star been on The Chase?

Bradley, 62, has been hosting the show since 2009 and has made it clear how much he loves his job.

However, given that he’s been on the programme for so long, fans have wondered if he will move on.

And they were a bit worried last year when he hinted that it might not be too long until he steps aside.

Bradley, who is also an actor, mentioned retirement when he was talking about his career on the Sliding Doors podcast.

The star was talking about how busy he was and said: “You know what, in a couple of years’ time I won’t have to do any of it, I’ll be retired and that will be it.”

When the interviewer suggested he’d be lying on a beach somewhere by then, he replied: “Please God!”