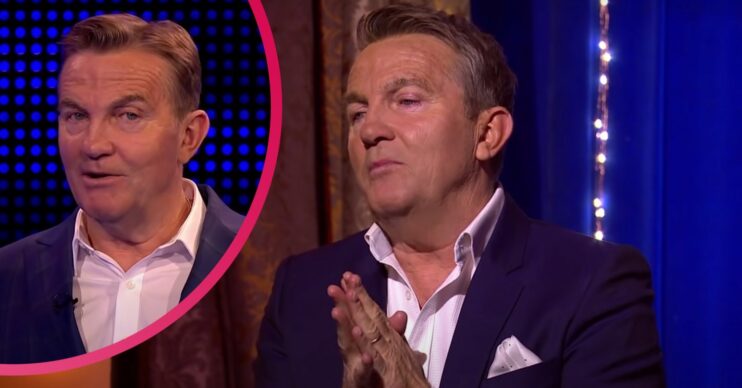 He was given advice by a showbiz legend, but did he follow it?

Bradley Walsh, host of The Chase, enjoys a very diverse and high-profile career on TV.

But despite being beloved by audiences wherever he turns up, Bradley has learned from setbacks, too.

He previously reflected on the toughest lesson he’s faced from earlier in his career back in November 2016.

Speaking with the Huffington Post, Bradley revealed he learned to say ‘no’ as his TV fame grew.

He explained he was offered a telly job due to a successful breakthrough moment. But that result was tempered by the fact Bradders ended up in a position where he wasn’t entirely happy with the results.

Read more: The Chase host Bradley Walsh on how 9/11 played a crucial part in his TV career

Furthermore, he reckons being involved with that – unnamed – programme actually did his career some harm.

Bradley said: “Off the back of the 1993 Royal Variety Performance, I did a TV show. I was asked by the producers to do stuff I didn’t really want to do.

“And I should have stuck to my guns, because actually it set me back three or four years in progression.”

‘Be careful what you take’

Bradley continued by sharing how a showbiz veteran gave him some invaluable advice around the same time.

And it seems the star of The Larkins and Law & Order: UK may regret not following it more carefully.

I was locked into something I couldn’t really get out of.

He added: “Jimmy Tarbuck said to me after the Royal Variety Performance: ‘People are going to come up and offer you all sorts of things. Be careful what you take. It’s the stuff you refuse, not the stuff you take.’

“And I took the job, and I thought: ‘Oh, this’ll be great.’ But I was locked into something I couldn’t really get out of.”

With such a varied and busy CV, it seems hard to imagine Bradley even finds the time to turn jobs down!