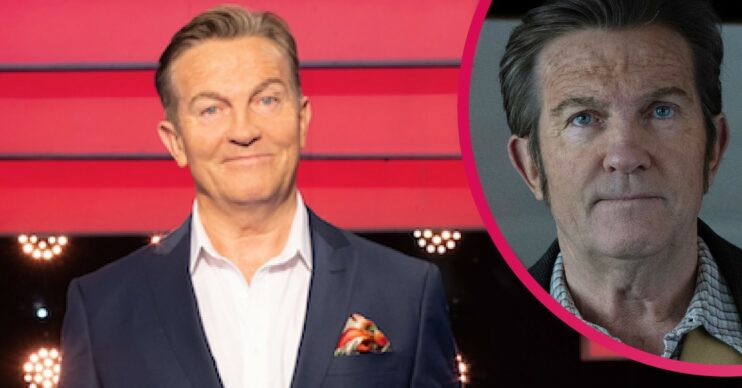 The Chase and Blankety Blank host, Bradley Walsh, has revealed that he still has one regret despite being one of the most recognisable faces on TV

The Chase star Bradley Walsh very nearly didn’t end up being an all-round entertainer at all.

It was actually the world of sport that first caught young Bradley’s eye when he was just 18 years old.

In  an interview with The Sun back in July, Bradley revealed that he originally aimed for a career as a professional footballer.

But sadly, his dreams came to an abrupt end, when he suffered a serious injury.

He was just four years into his fledgling career at the time and admits his regrets because those injuries still haunt him now.

He said: “Today, and I’ve said this to many of my friends, I wish I’d never kicked a ball in my life. Nowadays at 61 I’m suffering with my knees and ankles.”

The star of ITV’s The Larkins still takes part in celebrity charity football event Soccer Aid every year, and says the rest of his health is good.

But it’s those knee and ankle injuries are still taking their toll.

Bradley added that his wife has an interesting take on physical health.

He added: “She says, ‘You never see a couch potato in the osteopaths’. True, but I love being part of Soccer Aid every year and being with the lads.”

Bradley also went on to say that, before landing the role of Pa Larkin, he’d more or less given up on acting.

This is despite appearing in major shows such as Coronation Street and Law & Order: UK.

He revealed that so much of it is sitting around doing nothing, which is why he made the move into entertainment.

Bradley says that after his stint as DS Ronnie Brooks, he went and had a chat with Alison Sharman, the head of ITV, about his future.

He said: “I sat in her office and she said, ‘I thought you were an actor now?’. I said, ‘Allie, it is so tedious sitting around. When can we knock some shows out?”

It was then that The Chase was first mentioned to him.

Bradley is now one of the biggest names in entertainment, hosting Take Off alongside Holly Willoughby and the reboot of Blankety Blank.