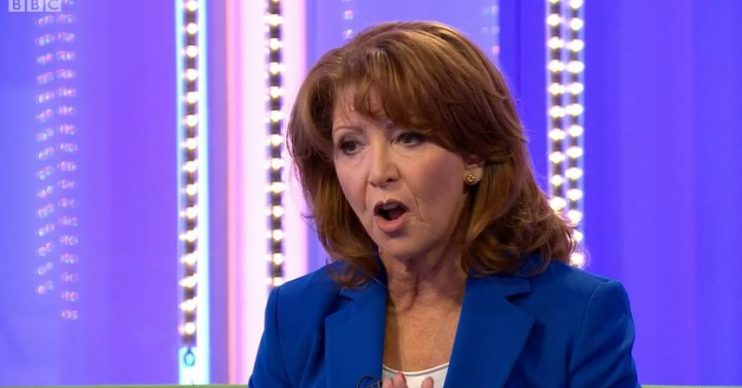 Matt Baker was torn away from his presenting duties on The One Show as guest Bonnie Langford made a sudden exit from the studio.

Bonnie was on to chat about her theatre work, telling co-hosts Matt Baker and Angellica Bell that she had to be at The Savoy Theatre straight after her interview for her performance in 9 to 5 the Musical.

At one point, Matt and Angellica were interrupted by Fred as he arrived carrying a motorbike helmet and said: “Terribly sorry, but Bonnie’s got to go to the theatre now.”

The motorbike that would whisk her off was waiting outside, so Matt jumped up and they helped Bonnie to fasten her helmet properly, with the actress joking: “I feel like a Dalek in Doctor Who again!”

Matt then informed viewers: “This is not for telly, this is for real.”

With the studio thrown into chaos, Matt left and walked Bonnie to the motorbike waiting just outside the entrance, where he was heard saying the whole thing was “madness”.

Back in the studio, Angellica chatted with Fred, who said that, amazingly, Bonnie had never been on a motorbike before tonight.

Once Bonnie was driven away, Matt made his way back to the studio sofas for their conversation with Fred.

It follows an interview on The One Show earlier this week with BBC newsreader George Alagiah, who was on to talk about his ongoing cancer battle and promote his debut novel.

Read more: The One Show viewers slam the BBC for ‘championing’ family with 13 kids

The broadcaster admitted he is living in “a sort of limbo” as he awaits the results of his latest round of treatment.

Featuring on the programme on Monday (19.08.19), he said that despite his illness, he is living every day “to the full”, telling Matt and Angelica: “I’m living with cancer like lots and lots of other people. I’m in a sort of limbo. It keeps coming back and my amazing doctors shove it back into its hole.”