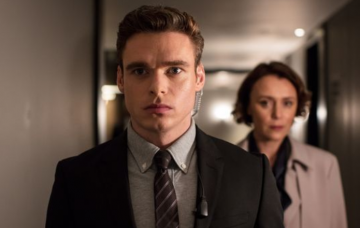 Fans excited about the apparent update on social media

The creator of BBC hit drama Bodyguard seems to have signalled that preparations for production of a second series are underway.

Jed Mercurio – who also wrote the six-part thriller starring Richard Madden and Keeley Hawes – got fans excited about the apparent update in the aftermath of the row concerning Tory MP Jacob Rees-Mogg’s comments about Grenfell victims.

But as he made a quip about another fictional Cabinet Minister character being bumped off in the sequel series, Mercurio seemed to confirm that the plans for follow up episodes do exist.

He tweeted: “What’s really holding up development of #Bodyguard Series 2 is the quest for any dramatically sympathetic reason not to kill off the cabinet minister in the first five minutes.”

What’s really holding up development of #Bodyguard Series 2 is the quest for any dramatically sympathetic reason not to kill off the cabinet minister in the first five minutes https://t.co/Kl7z6eSTlQ

Devoted fans were quick to see past the joke and take heart in a possible return for Hawes’ Julia Montague character – who many thought may appear in the latter part of the first series, despite her presumed assassination in earlier episodes.

“As long as Julia is alive and you bring her back, go ahead,” one Twitter user replied to the writer.

“I hope he’ll still be saying yes ma’am a lot in series 2,” another hinted.

Another user was more upfront about how they reckon a second series might unfold.

“I just can’t wait to see Julia Montague (AKA Ma’am),” they wrote.

Mercurio previously indicated the show’s ratings success – which made it the most watched drama in a decade – could see as many as THREE more series produced.

He said last September: “It’s probably fair to say we would probably approach any thoughts of a second series with the idea that it would create an opportunity for a third or fourth.”

And it was reported earlier this year that Mercurio was still in talks with the Beeb about the future of both Line of Duty and Bodyguard.

He confirmed there was no chance of him working on two shows at once.