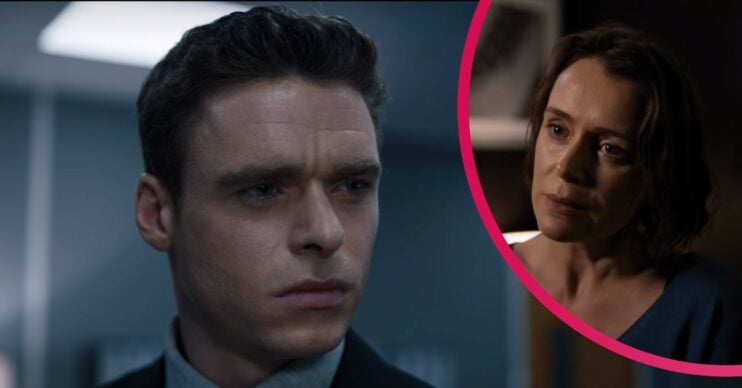 But will Julia Montague return, too?

Bodyguard series 2 will be made by the BBC, a tabloid report has claimed.

The Sun reckons creator Jed Mercurio is geared up to produce another run of the drama thriller.

Furthermore, star Richard Madden is set to return alongside Mercurio, who is also the writer behind Line of Duty.

What’s the latest on Bodyguard series 2?

According to the newspaper, the timing is right because of a space in Richard and Jed’s commitments.

The Sun claims hunk Richard, 35, could be free after finishing work on Marvel superhero film Eternals.

Furthermore, it is suggested Jed, 55, is available following the sixth series of Line of Duty finished airing earlier this year.

However, fans shouldn’t get too excited over a second series making it on to the box anytime soon.

And that’s because a TV insider believes Bodyguard series 2 might not be ready for viewing for a couple of years.

A telly source is reported to have said: “The drama is the most eagerly-anticipated in the world of TV and all the stars are finally aligning.

“Mercurio has always been too preoccupied with Line of Duty to apply himself to Bodyguard II. And after the show’s success, Madden was snapped up by Hollywood.

The creative process has kicked off.

“Now with both men available, the creative process has kicked off. The BBC are thrilled it could materialise within the next two years.”

The BBC declined to comment to The Sun. ED! has approached a representative for BBC Drama for comment.

Could three more series be made?

Mercurio previously indicated the show’s ratings success, which made it the most watched drama in a decade, could mean up to three more seasons are produced.

Read more: Bodyguard named as most-watched drama of the past decade

He said in September 2018: “It’s probably fair to say we would probably approach any thoughts of a second series with the idea that it would create an opportunity for a third or fourth.”

How can we possibly wait until 2023 to find out whether Julia Montagure – played by Keeley Hawes – was assassinated or not?