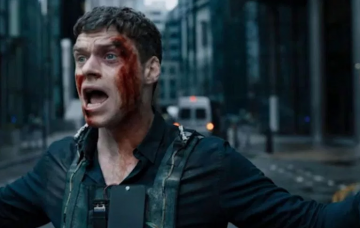 Bodyguard finale hailed by fans as over 10 million tune in – but could Julia still be alive?

Gripping twists and turns were almost TOO much for some viewers

Over 10 million people watched the explosive final episode of BBC drama Bodyguard last night – with an audience peak of 11 million for the programme’s last moments.

And while many of those fans were thrilled by the tense climax, others were left rather confused by the episode’s numerous surprise twists and turns.

Viewers were stunned as it was eventually revealed suicide bomber Nadia was responsible for the blast that finished off Julia Montague and planned the attack on the school of David Budd’s children.

And as it became clear Nadia was not an ally to David, crime boss Luke Aitkens and corrupt CSI Lorraine Craddock were also unmasked as conspirators in the labyrinthine plot.

Luke was desperate to ensure Home Secretary Julia did not transfer powers to prevent organised crime from the police to the security and foil his operations.

And shockingly, Lorraine collaborated with him to pass on secret information about where Julia would be at any given time to help set her up for an attack.

Oh god! I’ve had to walk away from the tv! #Bodyguard too exciting!

The final episode of #Bodyguard taught us not to underestimate women and not to overestimate men’s mental health while simultaneously making me feel like I either needed a stiff drink or a hug for 75 minutes straight. I can’t remember a show this gripping in my lifetime.

But among the thousands of tweets praising writer Jed Mercurio for keeping them on the edge of their seats, it seems some viewers found the 75 minute feature-length episode a little too OTT to keep their attention.

And despite being apparently killed off in a bomb blast earlier in the series – and failing to reappear in last night’s final episode of the series – many viewers are still convinced Julia Montague is alive.

Without having seen her dead body on screen, many fans refuse to accept the character is actually dead.

Theories floated on Twitter to account for a possible comeback in a later series included Julia returning with a baby in tow and also as double agent, adding more intrigue to an already incredible storyline.

Also for anyone who watched #bodyguard, am I the only one who thinks Julia is still alive? No body shown? Reason for a second season maybe?

But perhaps most exciting for viewers watching last night was the unexplained sight of a mysterious figure seen in a window.

Could Julia really come back from the dead?

#bodyguard. Is Julia at that window

Did I just see Julia In the window? #Bodyguard

Nobody wants to talk about the momentary cut to the silhouette of an unknown individual by the curtain in the upstairs window of the police lady’s house? Okay then #bodyguard

For anyone who thought that was Julia Montague looking out of the window in last nights #bodyguard you need to go to @Specsavers 🤣 pic.twitter.com/GJhtVRmIsq

Blown away by the response to #Bodyguard. Thank you SO MUCH to everyone who’s watched and supported the show it’s truly overwhelming. I’m so proud to have been part of the amazing talented team that worked so hard to bring this story to life. Cheers!!