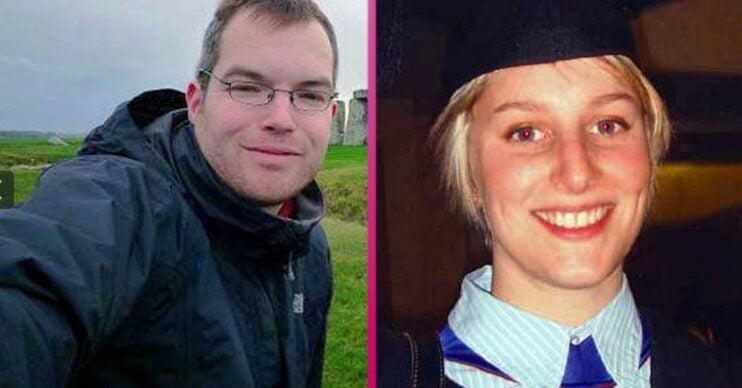 Body in the Snow: Joanna Yeates – Why did Vincent Tabak kill her and where is he now?

A new true crime documentary on Channel 5 re-examines the devastating murder of 25-year-old Joanna Yeates in Bristol in 2010 – but where is her killer Vincent Tabak now?

Why did he kill her, how was he caught and how did he manage to evade police for so long?

Here are the facts about the man who murdered the landscape architect Joanna Yeates.

Who is Vincent Tabak?

Vincent Tabak was born on February 10, 1978 in the Netherlands.

A Dutch engineer, he had lived and worked in the UK since 2007.

Those who met him say he was a very quiet, introverted loner.

He met his first steady girlfriend Tanja Elisabeth Morson in 2008, via The Guardian’s dating site Soulmates.

The couple moved to a flat in Canynge Road, Bristol, in June 2009.

Joanna Yeates and her partner Greg Reardon lived in the same block of flats.

Why and how did Vincent Tabak kill Joanna Yeates?

A couple walking their dogs found her body on Christmas Day 2010 in Failand, Somerset.

The pathologist who carried out the autopsy found no evidence that Joanna was sexually assaulted.

After killing Joanna, Tabak put her body in the boot of his car and drove to a country road just outside Bristol, where he left her body on a verge near a quarry.

Only Tabak knows why he killed Joanna Yeates.

However, the judge accused Tabak of having committed the attack based on sexual thrills.

In the months leading up to Yeates’ death, Tabak had used his computer to research escort agencies during business trips in the United Kingdom and United States, and contacted several sex workers by phone.

He also watched violent internet pornography that depicted women being controlled by men, showing images of them being bound and gagged, held by the neck and choked.

It emerged that Joanna had sustained 43 injuries in the lead-up to her death – including cuts, bruises and a fractured nose.

Tabak initially maintained he was not responsible for Joanna Yeates’ death, claiming that any evidence linking him to the crime had been fabricated by corrupt officials.

However, he later told Peter Brotherton, a prison chaplain, that he had killed her and intended to plead guilty.

On May 5 2011, Vincent Tabak pleaded guilty to the manslaughter of Joanna Yeates, but denied murdering her.

How did he evade capture?

At first, Vincent Tabak stayed under the radar as the police questioned their prime suspect – Joanna Yeates’ landlord Christopher Jefferies.

Police arrested Christopher Jefferies – who lived in another flat in the same building as Joanna – on December 30, 2010 on suspicion of her murder.

He was taken to a local police station for questioning while forensic investigators inspected his flat.

Investigators detained him as a suspect for two days, and eventually released him on bail.

On March 2011, police released him from bail and stated he was no longer a suspect.

Tabak had been instrumental in framing Christopher, by telling police that Jefferies had been using his car on the night of December 17, 2010.

How did he get caught?

The Avon and Somerset Constabulary arrested Vincent Tabak, then 32, on January 20, 2011.

He lived with his girlfriend in the flat next door to Joanna.

This followed an anonymous tip from a female caller, shortly after a televised appeal by Yeates’ parents on Crimewatch.

Police had previously ruled Tabak out as a suspect during an earlier stage of the investigation, and he was able to visit his family in the Netherlands.

Where is Vincent Tabak now?

Vincent Tabak is, at the time of writing, 43 years old.

The judge found Tabak guilty of murder on October 28, 2011, and sentenced him to life imprisonment with a minimum term of 20 years.

Passing sentence, Mr Justice Field referred to a “sexual element” to the killing.

Tabak was moved from Bristol Prison because of fears for his safety, and was placed under suicide watch at Long Lartin Prison near Evesham.

After the trial it emerged that pornographic images of children had been found on Tabak’s laptop.

On March 2 2015, Tabak pleaded guilty to possessing more than 100 indecent images of children.

A judge subsequently sentenced Tabak to 10 months in prison, to run concurrently with his existing life sentence for murder.

He is reportedly now in HM Prison Wakefield.

Do you remember this case? Will you be tuning in to this documentary? Leave us a comment on our Facebook page @EntertainmentDailyFix.