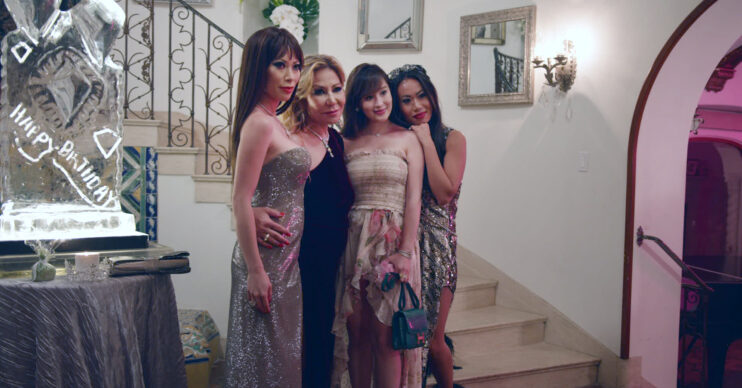 The Asian elite of Los Angeles will be missing two faves.

Bling Empire will be a little less glittering with two stars quitting the series ahead of season two.

The Netflix series, based around the lives of the extremely rich and elite Asian community in Los Angeles, became a quick favourite on its release at the beginning of this year.

However, couple Cherie Chan and Jessey Lee have announced they won’t be continuing their time on the show.

Instead, they want to docs on their family, burgeoning furniture business and their lives away from the cameras.

Confirming the news to TMZ, the couple said they were grateful for their time on the show and wished the rest of the cast the best.

Cherie and Jessey had quite the lifestyle even before the series, earning millions thanks to Lee Furniture, their tequila company and their impressive lifestyles.

Cherie is also the heiress to a denim empire.

Across the first season of the show, Cherie was seen pregnant and giving birth to their second child, a son called Jevon.

They also have a daughter named Jadore, whose birthday they celebrated with a million-dollar party.

However, the couple, who have been together for six years, were untraditional in the sense that they weren’t married when they started their family, and it weighed on them both in different ways.

In the season finale, Cherie continued her independent streak and did things her own way, proposing to Jessey.

They ended the series engaged to be married.

When is Bling Empire season 2 released?

A release date for season 2 is not yet known.

It’s believed that filming is currently taking place in Los Angeles, though it’s unclear due to the nature of the show and the ongoing pandemic.

On the bright side, the entire first season is now available, as well as a “Where are they now?” special on Netflix.