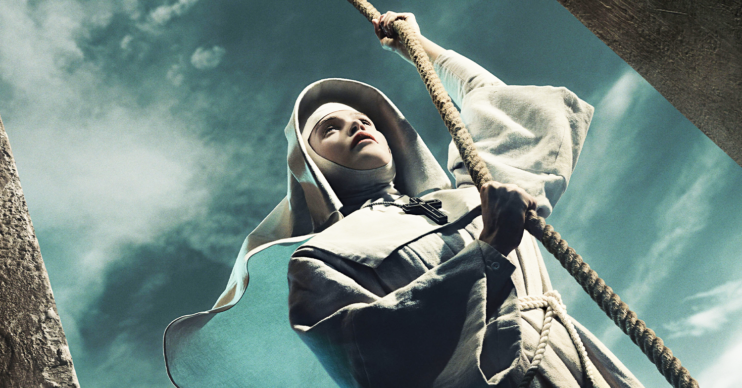 Black Narcissus on BBC One: Is it faithful to the book by Rumer Godden?

Who stars in the three-parter? And is it faithful to the original story?

Here’s everything you need to know about the new drama!

What is Black Narcissus on BBC One?

It follows a group of nuns who attempt to convert an old Himalayan palace into a convent.

Black Narcissus follows Sister Clodagh, who leads the nuns of St Faiths to a remote spot high in the Himalayan mountains.

Once there, they set up a branch of their order in the “wild” palace of Mopu “where time doesn’t even exist”.

The palace was originally built as a home for a former General’s concubines, and the building seems to awaken the desires of the nuns…

Sister Clodagh finds herself attracted to Mr Dean, but she’s not the only one…

Fragile Sister Ruth also falls for the arrogant land agent, and both wrestle with temptation.

“It’s a truly extraordinary love story, as well as a brilliantly unsettling piece of 20th century gothic about the power of a place to get under your skin and the dangers of refusing to learn from history.”

Black Narcissus is based on Rumer Godden’s classic novel of the same name.

The book, which has been compared to the likes of Daphne du Maurier’s Rebecca, was first published in 1939.

The novel tells the story of a sisterhood of nuns on a mission in Himalayan India, who find themselves questioning their self-imposed chastity.

Is it faithful to the book? For the most part yes; it focuses more on Sister Clodagh’s life and sexuality in Ireland.

Has the book been adapted before?

The film revolves around the growing tensions within a small convent of Anglican nuns who are trying to establish a school and hospital in the old palace of an Indian Raja at the top of an isolated mountain above a fertile valley in the Himalayas.

It won an Academy Award. However Godden referred to it as a travesty of the book!

How many episodes is Black Narcissus?

Black Narcissus will be three episodes.

Each part is expected to be one hour long.

Who stars in Black Narcissus?

Black Narcissus has an all-star cast and, coupled with the amazing scenery, is worth watching for alone.

Clash of the Titans’ Gemma Arterton stars as Sister Clodagh, a nun struggling to contain her repressed emotions in the remote Himalayan mountains.

The Fall’s Aisling Franciosi stars as troubled Sister Ruth, who fears the devil has got into her.

Dame Diana Rigg, who sadly died this year, stars in one of her last ever roles as Mother Dorothea.

Last but not least, American Hustle star Alessandro Nivola plays Mr Dean, who sparks such tensions in the nuns.

A teaser trailer and sneak peak of Gemma Arterton in character as Sister Clodagh was released in September 2020 (see below).

We see Gemma’s Sister Clodagh telling Diana Rigg’s Mother Dorothea: “I know I can make a success of the convent.”

To which Mother Dorothea replies: “I don’t think you are ready for it.”

When does Black Narcissus start?

The mini-series began filming in October 2019.

The BBC has now confirmed it will air in the UK in December 2020.

In the US, all three episodes will premiere on FX on Monday November 23, and will be available on Hulu the next day – so don’t go googling spoilers!

Black Narcissus will air on BBC One last this year.

Are you excited to watch Black Narcissus on BBC One? Leave us a comment on our Facebook page @EntertainmentDailyFix.