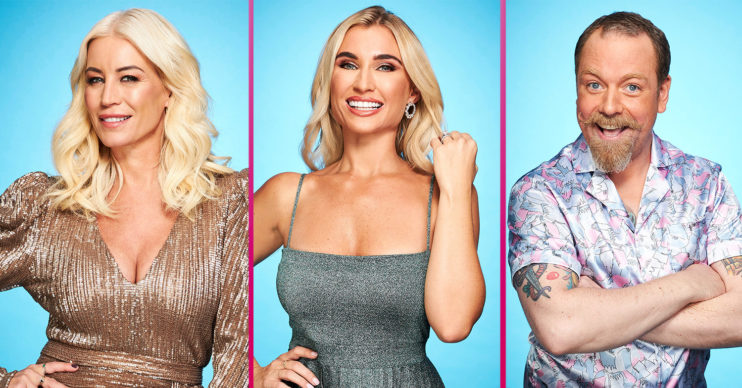 Billie is the latest star to leave the competition

Dancing On Ice star Billie Faiers has quit the show after suffering concussion following a fall on the rink.

The reality star chose to withdraw from the competition after taking the expert advice of the show‘s medical team.

Billie is the latest celebrity to have quit the show and this is just one crisis ITV has had to deal with during this year’s series.

Here’s five crises Dancing On Ice has faced so far.

ITV confirmed Billie will no longer skate in the competition after hitting her head on the ice.

A spokeswoman told The Sun: “During rehearsals for this week’s show, Billie Shepherd has had a fall.

“Taking the expert advice of the Dancing on Ice medical team, she sadly cannot perform this weekend and will therefore now withdraw from the competition.

“We wish Billie well as she now takes the time to recover.”

What did Billie say?

Billie said on Instagram alongside a photo of herself and partner Mark Hanretty: “I am so so sad that our @dancingonice journey has come to an end after an accident in rehearsals on Friday causing me a head injury, forcing us out of the competition.

“I’m going to miss being part of this incredible show so much.

“I wish all of the rest of cast so much luck and I will be cheering you all on every Sunday, you are all amazing!!!”

It’s unknown whether Billie will be replaced. ED! has contacted reps for ITV for comment.

The actress pulled out of the skating competition after injuring her shoulder during training.

Denise revealed on Instagram that she had three bone fractures as well as a partial dislocation.

The star said she was “gutted” to have to leave the show alongside her professional partner Matt Evers.

Rufus Hound replaced due to coronavirus

The comedian was another star to have quit the series.

Last month, Rufus, 41, was previously forced to skip the show after coming into contact with someone with COVID-19.

However, earlier this month, Rufus pulled out of the competition after testing positive.

He explained in a YouTube video: “Unfortunately, the rules on Dancing on Ice are completely cut and dry, very strict, because they need to keep everybody on that production as safe as possible.”

He added: “So it seemed like when I was just quarantining, there might be a window of opportunity for me to be able to get back to the show, a window that I now know doesn’t exist.

“I’m grateful for ITV for everything they’ve done throughout this and trying to get me back to the show.”

Meanwhile, he was replaced by comedian Matt Richardson.

Professional skater Yebin Mok pulled out of the first show after a “freak accident” during training.

Yebin had a laceration in her leg after an accident on the ice with Olympic skier Graham Bell.

Graham told us: “I feel massively guilty. You don’t want anyone to get hurt on your watch.

“She said it’s nowhere near the pain level she’s had to deal with when she’s been injured before which is good.”

However, last month, Graham was eliminated from the competition so it’s unlikely Yebin will return.

Meanwhile, earlier this month, host Phillip Schofield revealed the show had run out of reserves for the first time in the show’s history.

Read more: Dancing On Ice: Rebekah Vardy is bookies’ favourite to be eliminated this week

He said on This Morning: “It is very strict at the rink, which is how we’ve been able to keep the show on, but we are really sad that Rufus should go.

“I asked my team about this and we realised that is the first time ever we’ve used both of our reserves.”

Dancing On Ice airs on ITV, tonight (February 7), at 6pm.