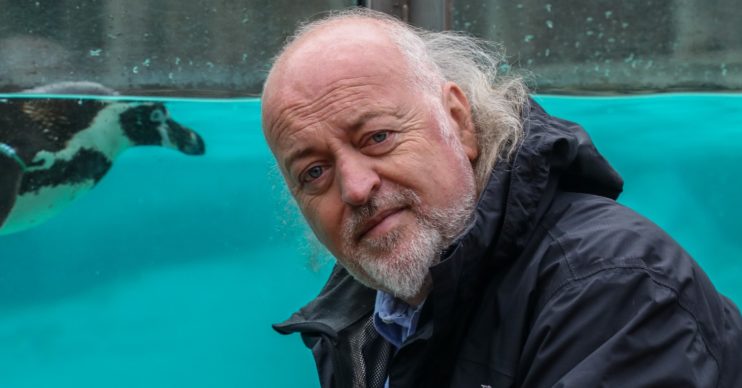 How much is Bill Bailey worth? Strictly Come Dancing 2020 winner stars in Limboland

Comedian and actor Bill Bailey won over BBC One audiences when he appeared on Strictly Come Dancing in 2020, but how much is he worth and how old is he?

Is Bill married, and does he have children?

The comedian’s stand-up performance of his Limboland tour at the Hammersmith Apollo airs on BBC One on Wednesday March 17 2020.

Who is Bill Bailey? What is he famous for?

Bill Bailey – real name Mark – is a comedian and actor from Bath, who took part in Strictly 2020.

In 2003, The Observer newspaper named Bill one of the top 50 funniest acts in British comedy.

The comedian spent years on the stand-up circuit before moving into the world of TV.

He famously appeared opposite Tamsin Greig and Dylan Moran in the comedy Black Books, and portrayed Bilbo Bagshot in Spaced.

Bill has also popped up in Doctor Who, Hustle, Midsomer Murders, In the Long Run and Skins.

He has appeared on numerous panel shows, including as a team captain on Never Mind the Buzzcocks.

A little known fact about Bill is that he auditioned for the role of Gimli the Dwarf in The Lord of the Rings: The Fellowship of the Ring.

What musical instruments can Bill play?

Bill is an accomplished musician.

He is able to play piano, guitar, keyboards and many more.

As a result, the performer incorporates his musical talents into his stand-up routines.

Read more: Strictly Come Dancing 2021: Giovanni Pernice ‘more than ready to be partnered with a man’

Bill Bailey was wrongly pronounced dead by the BBC in December 2018.

In May 2016, the broadcaster erroneously announced that the comedian had died.

A shocked Bill responded by tweeting: “Just FYI I am not dead so this will not affect the Stevenage gigs.”

Appearing on The Graham Norton Show, Bill explained: “I was mistakenly reported as dead on the BBC website.

“It just said ‘tributes are pouring in for actor and comedian Bill Bailey, who has died at the age of 52’.

“It was really annoying because they got my age wrong! And, they used a weird photo of me.

“It was a bit of a shock to read it on Twitter.”

In fact, a DJ in Kentucky called Bill Bailey had died.

When did Bill take part in Strictly? Did he win?

The funny man appeared on Strictly Come Dancing in 2020.

He was partnered with professional dancer Oti Mabuse.

The pair went on to win the competition, beating EastEnders’ Maisie Smith and singer HRVY.

Explaining why he had agreed to take part, Bill said: “I’m always looking at new things.”

Furthermore, he admitted he had a more personal reason for joining the glittering line-up, too – explaining that his late mother Madrin would have been so excited about his appearance on the show.

“She would have loved it – I hope she’ll be watching,” he said.

Who is his wife?

First of all, the pair met at one of Bill’s gigs in 1987 where Kristin ran a bar in Edinburgh.

“She had this long brocade coat, and I realised she was a free spirit and did her own thing,” he told the Independent in 2009.

“We ended up chatting away, and all went to a party, and she put me up on her sofa.”

The comedian pursued his wife-to-be by sending her a letter everyday for 12 months.

Finally, they got together in 1988 and subsequently married 10 years later in Indonesia.

They live together with their family – including many pets – in Hammersmith.

Has he got children?

In 2003, Bill and Kristin welcomed their son Dax, named after a child they met on their travels.

Speaking in an interview with The Guardian, Bill said: “Contrary to popular belief, Dax is not named after a Star Trek character.

“The name came from a friend of ours who married an Indonesian man.

“They had a son called Dax and we just always associated it with being in Indonesia and always said ‘if we ever have a child, that’ll be in the running’.

“[I was] completely unaware that Dax was also the name of a character in Deep Space Nine until someone told me.”

How old is Bill Bailey?

He is currently 56 years old.

Consequently, Bill is the oldest ever winner of Strictly.

How much is Bill worth?

Bill Bailey is most definitely a millionaire several times over.

According to Celebrity Net Worth, the comedian has an eye-watering net worth of £5.2million.

Bill muses on people’s expectations of happiness in a performance recorded at the Hammersmith Apollo.

He shares the story of a disastrous family trip to see the Northern Lights, recalls a meeting with Paul McCartney that did not go as expected and performs a heart-rending country and western ballad on the nature of love.

Are you a fan of Bill Bailey? Leave us a comment on our Facebook page @EntertainmentDailyFix and let us know.