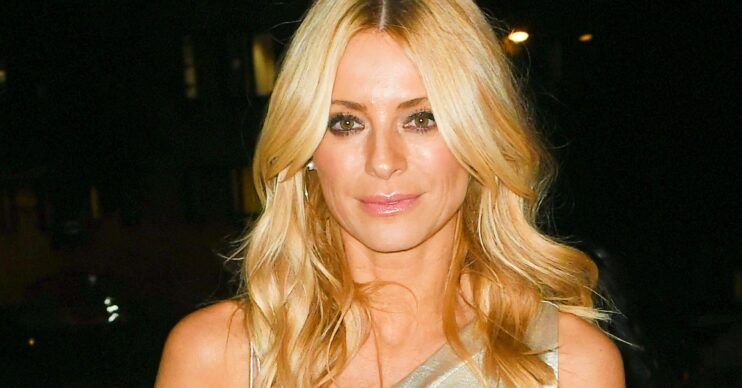 Tess Daly is known for her upbeat attitude on Strictly, but behind the scenes, her life isn’t as perfect as it seems in front of the camera.

The Strictly presenter lost her dad, Vivian Daly, in 2003.

It had a massive impact on Tess, who had yet to fall pregnant with either of her children, Phoebe, 17, and Amber, 12.

In 2020, Tess opened up about her biggest regret about losing her dad so early.

She shared that him not having the chance to meet her kids left a hole in her life that could never be filled.

Opening up about giving birth to Phoebe, she told the Daily Mail last year: “My dad had died the previous year. He never got to meet my children – which is my biggest regret, he would’ve loved them.

“But he never got to see me do Strictly either, and he would have been so proud.

“When you lose someone, the way you think about everything changes forever. You know it can all go in a second, so it makes you want to protect what you have.”

Tess’ dad tragically passed away following a battle with emphysema.

The BBC star previously revealed that his passing left her “completely broken up inside”.

“You have to enjoy what you do on a daily basis. Don’t be too hard on yourself, life is too short. Smell the roses – enjoy the ride,” she told the Daily Star.

“I lost my dad and when you lose a parent it teaches you to enjoy yourself. Be happy about your health, enjoy it. Plan for the future, yes, but enjoy the moment.”

Meanwhile, Tess Daly and her husband, Vernon Kay, recently had hopes for their dream home dashed.

The couple were said to be knocking down a house they had bought in Buckinghamshire near to their current address.

However, according to reports, neighbours had other ideas.

As a result, the couple were believed to be selling up instead.