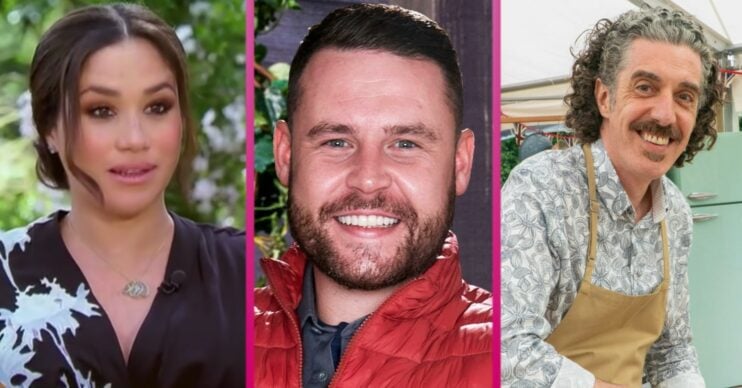 Big ED! TV quiz of 2021: How many of these telly questions about the past year can you get right?

Test your TV knowledge with our posers

So find out whether you really know your telly stuff by taking on our questions from across the year.

Some of the questions are multiple choice, others you need to give the answer straight.

You can find the answers by clicking on the ‘Next page’ button below.

And remember to let us know your score over on our EntertainmentDaily Facebook page!

1) How many telly viewers reportedly watched the New Year’s fireworks display – including a special tribute to NHS workers – from London?

2) Who was unveiled as new companion Dan in Doctor Who?

3) Filming for Britain’s Got Talent, like many shows, was hit by COVID. When was the series postponed until?

4) Who withdrew from Dancing on Ice due to COVID?

5) Who replaced John Humphrys as the presenter of Mastermind?

6) Who won the second series of The Masked Singer?

7) Who is the British act that came in last place at Eurovision with their song Embers?

8) Which Good Morning Britain colleague did Piers Morgan row with about Meghan Markle before his infamous flounce off the studio set?

9) The final episode of which ITV drama series was not aired in April following allegations against Noel Clarke?

10) Which former Strictly contestant took over as host of Football Focus from Dan Walker?

11) It was announced in June that Holby City will end in 2022. But what year did it start?

12) Which Strictly star stepped away from being a pro dancer on the show to take over from Zoe Ball on It Takes Two?

13) Who stormed off Steph’s Packed Lunch in a stunt to raise awareness about single use plastic?

14) Which member of the royal family visited the set of Corrie to mark the soap’s 60th anniversary?

A) The Queen B) Prince Charles C) Prince William.

Read more: QUIZ: Gordon Ramsay, Gino D’Acampo or Fred Sirieix – which one are you?

16) Robert Webb withdrew from Strictly due to health issues. But who was his pro partner on the series?

17) Who is the new host of Life Stories?

18) Who left the cast of Hollyoaks after reportedly refusing to quit her OnlyFans account?

19) Giuseppe Dell’Anno won The Great British Bake Off. But who did he beat in the final?

20) How many ‘proper’ episodes of I’m A Celebrity were cancelled due to Storm Arwen?