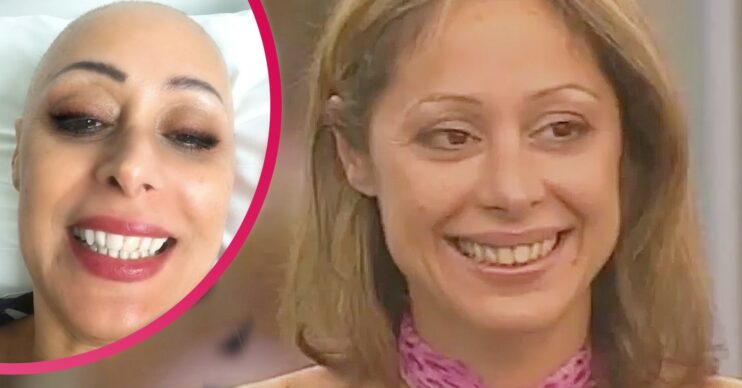 She received the sad news after overcoming drug issues

The former reality star and singer shared the devastating diagnosis on TikTok, and has been courageously documenting her journey as she receives treatment.

What was her history on Big Brother?

Taking to a combination of TikTok and Instagram, Becki revealed the shock news.

She said: “I just had some routine blood tests.

“I told my GP I needed a clean bill of health because of self medicating on recreational drugs for so long and I realised I was an addict and went to some NA meetings and had been clean for 40 days.

“And today I get this diagnosis.

“It explains a lot, it explains why I have been feeling tired, why my hair has been falling out. I am hopefully going to get better and I will keep a record of it.”

Then, on Instagram, she shared a short video showing in hospital with her head shaved.

She captioned the video: “Diagnosis Leukaemia so my action was to shave my hair before I had no choice [cry-laugh emoji]”

When did Becki appear on Big Brother?

Becki became a household name when she appeared in the fifth series of Big Brother.

She entered the house in week five of the series as a replacement for Emma Greenwood, who was ejected after the infamous ‘Fight Night’.

Upon entering the house, she described her survival plan: “Be myself and true to who I am. Then you know you are strong. Be respectful. Manners don’t cost a thing.”

In a challenge dubbed ‘Judas Kiss’ Becki was tasked with selecting one person for nomination. She had to do this by kissing her selected person on both cheeks.

However, the secret task was almost scuppered when an aeroplane flew above the house with the banner explaining that only Becki had nominated Michelle.

Becki was forced to lie as the blinds were covered and Michelle was kept inside the diary room.

How long did Becki Seddiki last and who won the Big Brother series?

Sadly Becki only lasted a matter of days in the house before she was evicted.

Do you remember Becki Seddiki on Big Brother? Leave us a comment on our Facebook page @EntertainmentDailyFix and let us know what you think of this story.