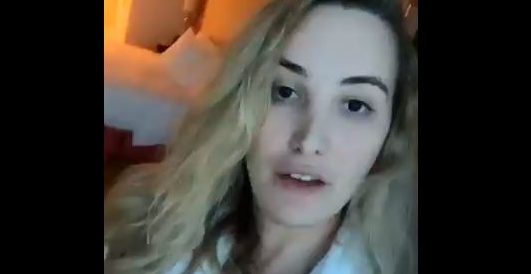 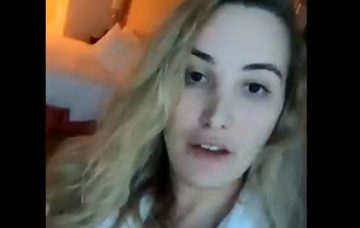 She recorded a video to prove she's very much alive

Former Big Brother housemate Rebekah Shelton has been the victim of a death hoax.

A statement posted to the transgender reality star’s Twitter account on Friday morning claimed that she had passed away “unexpectedly” on Wednesday.

But Rebekah has now come forward to say her account was hacked and she’s very much alive.

Posting a video from her hotel room on holiday, Rebekah told fans: “I kindly ask, can you please stop spreading the news that I am dead. Obviously I am not.

“I have been through hell today because someone used my Twitter account to write that stupid statement about me. This person can’t accept the fact I’m happy, I overcame all my problems and I’m finally happy.

I’m not dead!!!!!! Please stop spreading this news!!!!! My lawyer is already working on this and this person who wants to spoil my happiness is going to pay for it!!!!! pic.twitter.com/6PEzjjEGye

Rebekah appeared on the fifth series of Big Brother in 2009 as Rodrigo Lopes.

It had read: “We’re sorry to inform everyone of the sad news that our wonderful and lovely Rebekah died unexpectedly on Wednesday night.

“We ask that you respect the family’s privacy at this time.”

The tweet was immediately picked up by national news outlets and even Big Brother’s official Twitter account paid tribute with a statement saying: “So sad to hear that Rebekah Shelton, who appeared in #BBUK2009 as Rodrigo Lopes, has passed away aged just 32.

“Our thoughts are with her friends and family, from everyone here at Big Brother UK.”

Rebekah began living as a woman in 2012, three years after finishing fifth on Big Brother.

She underwent gender reassignment surgery in 2014.

The star appeared on an episode of Judge Rinder in 2016, where she spoke about going through the “worst three years” of her life.

Rebekah tearfully explained: “Nobody would choose the hardest path or wakes up one day to say, ‘Yes, I will be a woman or tomorrow I will be a man’. It’s a hard decision.

“People think it’s easy, ‘Oh she looks good now, can go out and have sex and get married’ but people don’t know the journey I’ve been through. I’ve been through the worst three years of my life. 16 surgeries. I’ve suffered so much.”

Rebekah said she spent five days in intensive care and one month in hospital having her surgeries.

She told Judge Rinder she received no calls from her family or visits.

When asked if she’d ever had regrets about transitioning, she said: “As soon as I left intensive care I felt that pain. I started crying in the corridor saying, ‘I regret it, I regret it’. I wanted to kill myself. It was a nightmare.

“The pain is incredible. One whole year of feeling pain every day.”

Giving her advice to others who may be in a similar situation, she said: “I would say to them, don’t look at me and think, oh she looks amazing, I want to be like her.

“I would say think twice, go for some therapy and wait to see if you really want it.”