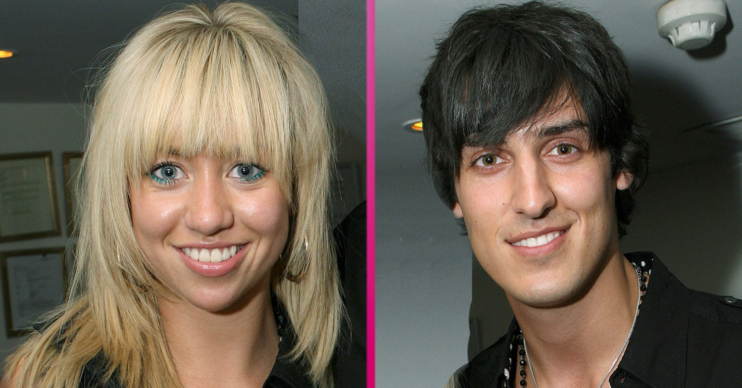 The Big Brother icons have been together for 14 years

And they also have three children together – Allegra, Spencer and Georgina.

The gorgeous little one joined their famous parents during the live GMB interview this morning with Lorraine Kelly.

Viewers tuning in at home were delighted to see the family together.

Taking to Twitter, one wrote: “Omg I still can’t believe Grace & Mikey are still together. Think they’re the only big brother relationship to last.”

Moments later, a third wrote: “Awww I’m glad mikey and Grace are still together 14 years on from their #bigbrother days #lorraine.”

The couple got engaged just four months after meeting on Big Brother.

At the time, they received a lot of negative reactions from people insisting their relationship wouldn’t last.

Grace opened up to Lorraine about the intensity of that level of pressure.

“We’ve always just done what’s right for us,” she said. “We got engaged after four months because it felt right.

“Then, we waited four years to organise our wedding and obviously sprogs have arrived. So it all just felt right.”

Although the couple enjoyed the media attention they received at the time, they both wanted to return back to normality.

Grace went on to open her own performing arts business while Mikey runs his own advertising agency.

“I think we just went back to what we knew and used the show as a great experience and stepping stone,” Grace explained.

“We both had careers before and we worked hard and trained for those – so for us it felt right.”

The couple both ruled out any future reality TV work because the world is “so different now” thanks to social media.

But they were happy to give advice to anyone thinking about entering the Big Brothe house should the show be brought back.

“Enjoy the show for what it is – an experience,” Mikey said. “It’s not a job.

“So enjoy it and stay grounded. That way your mental health will stay great too.”

Big Brother: Best Shows Ever is on E4 tonight at 9pm.