A grimacing David Walliams looks anything but his confident self as he takes part in a terrifying-looking Britain's Got Talent act tonight.

David, 48, is used to mucking about with show hopefuls - and hardly ever turns down the opportunity to take centre stage.

But the talent show judge rarely looks this rattled when he gets involved in the ITV reality series.

And it looks like a 'reassuring' move from host Declan Donnelly does little to settle David's nerves. 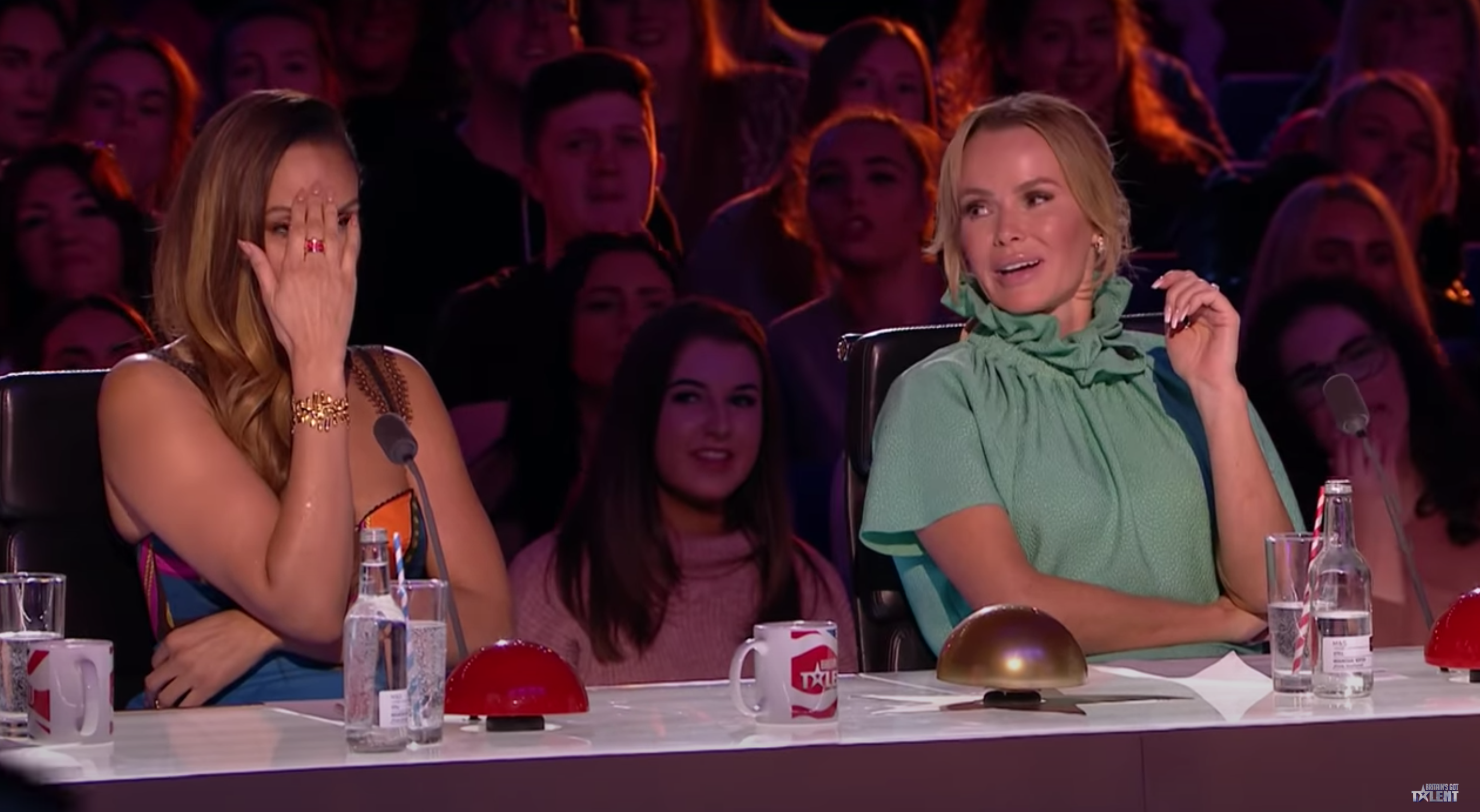 "Whatever happens, stay still," a concerned David - wearing a Union Jack crash helmet - is briefed in a preview clip.

And within moments, it's clear he is facing a real risk as motorbike rider Jack Price positions David on stage.

It seems as if the comedian may be another obstacle on a makeshift biking assault course. 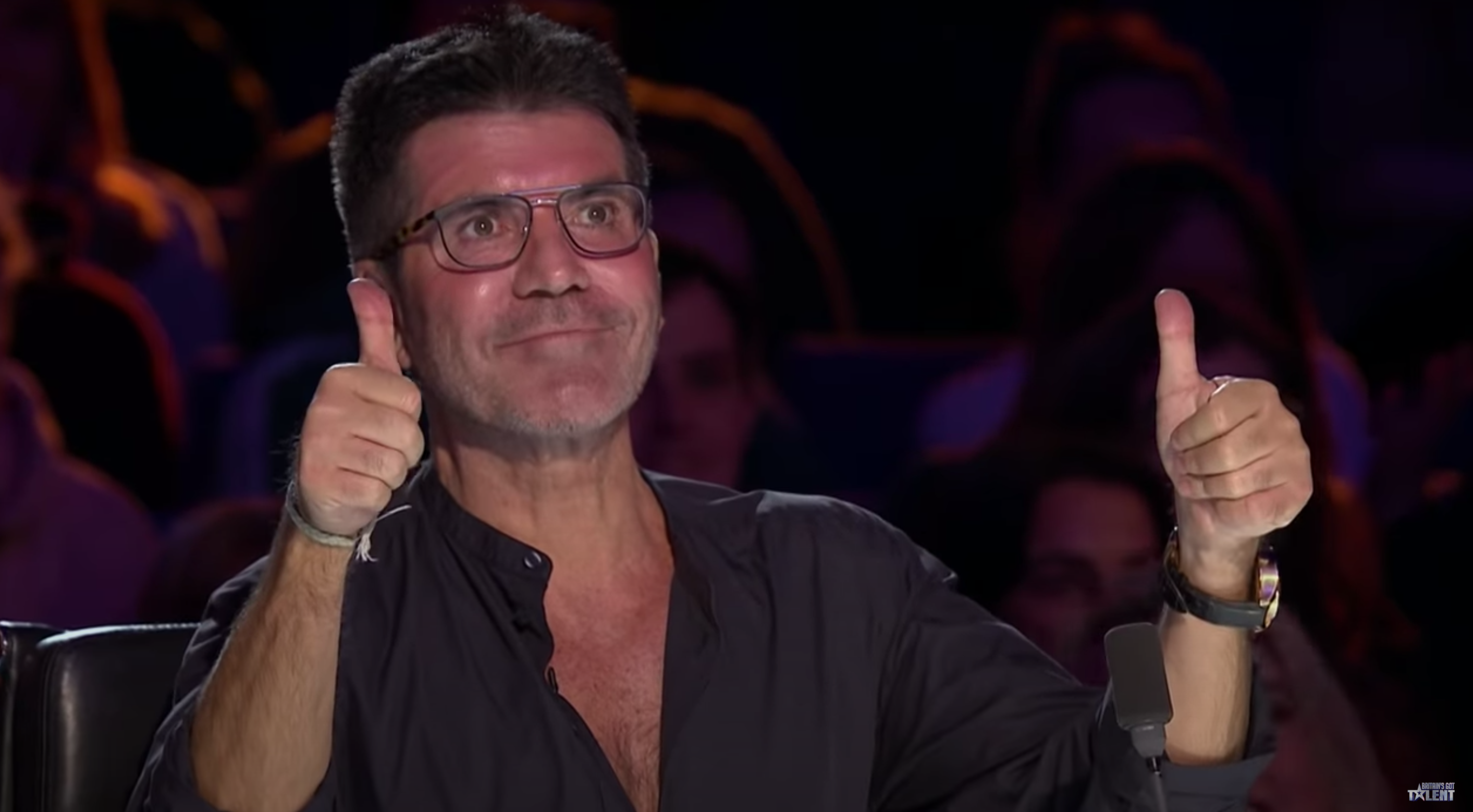 But Simon Cowell looks to be enjoying the moment, offering David two thumbs up.

"Good luck!" he says with a fixed smile.

Somehow David manages to retain his cool as Jack flies around the stage on his bike.

However, his instruction to 'lay down' meets some resistance from the wary TV star.

But, even at his most prone, he does at least have some protection for one of the most sensitive areas of his body.

And that's because Dec - most likely trying to wind David up - is seen earlier in the clip patting a groin cup into position.

"Seriously? Seriously?" David seems to mutter to a mock-concerned Dec. 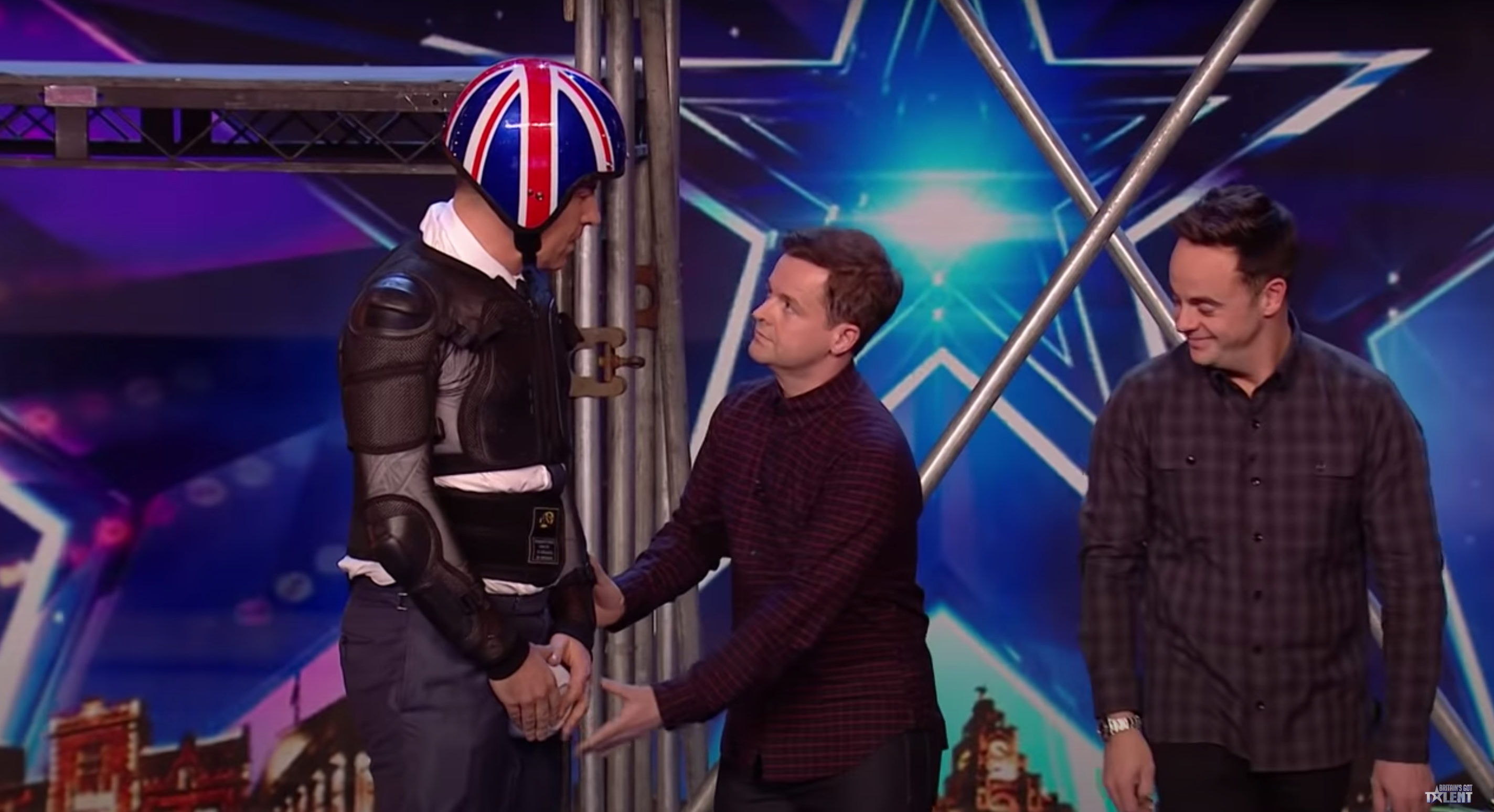 Better to have it and not need it than need it and not have it (Credit: BGT YouTube)

As it turns out, he may have very seriously been glad to have the protective bit of kit.

However, fans on Twitter were not completely sympathetic to David's plight.

Commenting on a preview of the stunt, one person added a bunch of laughing emojis to their post.

"He looks like he’s going to cry," chuckled another social media user.

And another person who made free use of laughing emojis added: "@davidwalliams' face is a picture."