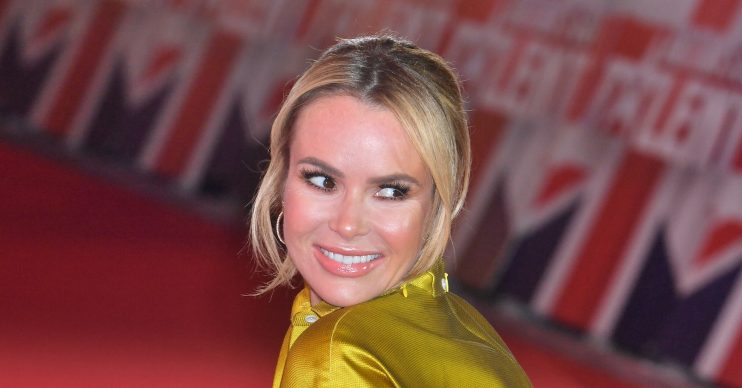 Amanda Holden reached for the golden buzzer on Britain’s Got Talent to propel a teenage rock band through to the semi-finals.

The young four-piece band, aged 14 between 15, were compared to successful British rockers Busted as judges hailed their audition.

Holden ensured their place in the live shows with the golden buzzer, and praised the “absolutely incredible” act.

Chapter 13, comprised of performers from a production of School Of Rock, wowed all four panellists who were impressed with the musicianship of the youngsters.

Band members Jacob, Noah, Tom and Jake were feted for their performance of a rock medley of Stevie Wonder hits.

Holden said: “I don’t think I’ve ever seen four young musicians so together.

“The drummer, you were amazing. The guitar playing was spot on.

“Some of the faces you were pulling were fantastic. I just think you were absolutely incredible.”

The judge then pushed the golden buzzer, a decision that was backed by her fellow panellists, and will see the young band next perform in the live shows.

Simon Cowell said: “The last time I remember seeing something like this was a band called Busted, that was fantastic.”

The heavy drums, guitar solo and powerful vocals of the youngsters, the last to perform on the show, was met with amazement by the panel.

Alesha Dixon said: “The musicianship that I just saw was outstanding. Your skill-level is so impressive.”

The judges were also moved by Chelsea Pensioner and widower Colin Thackery, who dedicated his version of Wind Beneath My Wings to his late wife.

Colin won the approval of all four judges for his performance on the show, as did dancing couple Dust In The Wind.

Illusionists Brotherhood were sent through to the next stage for their sword-wielding stunts, and Suffragette-inspired dance troupe Kronos were also praised by judges.