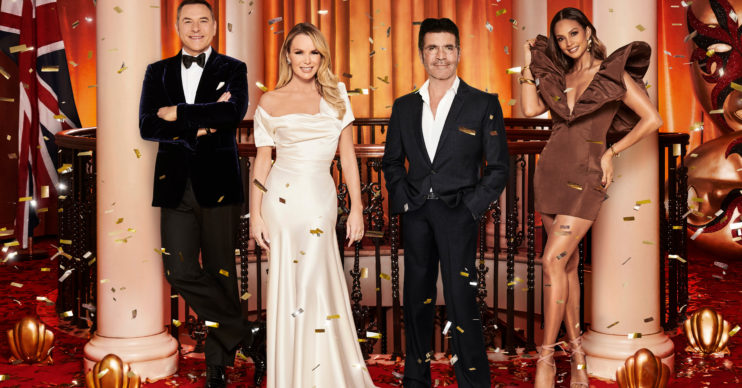 BGT: When will the 2020 finals be shown? When are the BGT live shows normally on?

All change for Britain's Got Talent this year due to coronavirus

TV has been thrown into chaos due to the coronavirus pandemic, with ITV juggernaut BGT a major victim.

Ordinarily at this time of year, we’d now be preparing to start watching the Britain’s Got Talent live semis and final shows.

When are the BGT semi-finals and final normally on?

The semi-final episodes are normally stripped across five weekdays, starting on the second Bank Holiday Monday in May, with the final airing on the Sunday.

This follows the run of Saturday evening auditions, which began this year on April 11.

But ITV bosses had to hastily scrap this semi-finals and final scheduling when COVID-19 struck.

With lockdown enforced in March, TV execs had no idea when restrictions would be lifted and were unable to make alternative arrangements.

A ban on mass gatherings is still in place and everyone is required to maintain social distancing rules.

What has ITV said about the BGT semi-finals and final?

Ahead of the 2020 series of BGT beginning, an ITV spokesperson said: “We have been working with the brilliant production teams at Thames and Syco to find a way of making the live finals work, which were due to be broadcast at the end of May.

Whatever happens, it appears unlikely the shows will proceed live – or with a studio audience. But even a pre-record is in jeopardy.

According to The Mirror, a show source told them: “The initial plan was that the final could be filmed this autumn, but that’s looking increasingly unlikely.

“We can’t imagine an audience of that size being allowed. I’d say its chances were very slim.”

What have the BGT judges said about the live shows?

Amanda Holden has  claimed that production advised her to keep “early autumn” free for filming.

When is the last BGT 2020 auditions show?

ITV has announced that there is one auditions show left to go. This will air at the slightly earlier time of 7pm on Saturday, May 30.

Britain’s Got Talent will be back again next Saturday at an earlier time of 7PM for our LAST lot of auditions!

Make sure you’re there, Saturday 30th May 7pm on @ITV and @WeAreSTV #BGT #BritainsGotTalent pic.twitter.com/oLljUhEsto

Will you be gutted if there are no BGT semis and final in 2020 and we have to wait until next year?