Britain's Got Talent viewers were baffled last night when they thought a child dropped the C-bomb live on air.

Hosts Ant McPartlin and Dec Donnelly were interrupted on stage by a little girl from the act Lil Icons, who shouted "cut" as she ran in front of them and asked for the audience's attention.

But some fans appeared to mishear the little girl and were convinced she dropped the C-word instead of "cut". 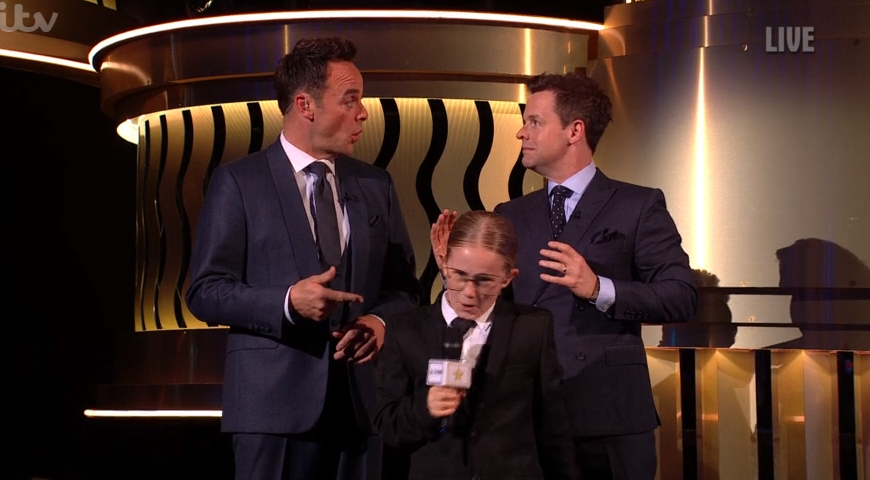 One person wrote on Twitter: "Did this little girl just call @antanddec⁩ a [expletive]?"

Another asked: "Anyone else thought she shouted '[expletive]'... #BGT," while another tweeted: "I thought that kid said [expletive] then!!!"

A fourth added: "Did the Lil Icons girl just shout [expletive] into the mic?"

It was then revealed the little girl's interruption was all part of the act.

Unfortunately for many fans, Lil Icons didn't win a spot in Sunday night's final and were sent home.

Instead, singer Mark McMullan and magician Ben Hart were put through by a public vote after deadlock on the judging panel.

I wouldn’t be here without everybody that’s supported me and pushed me.

Children’s entertainer Graeme Matthews was among the top three in the live show.

Mark and Graeme both earned two votes each from judges, after Simon Cowell decided he preferred to create deadlock which meant the public vote would ultimately decide. 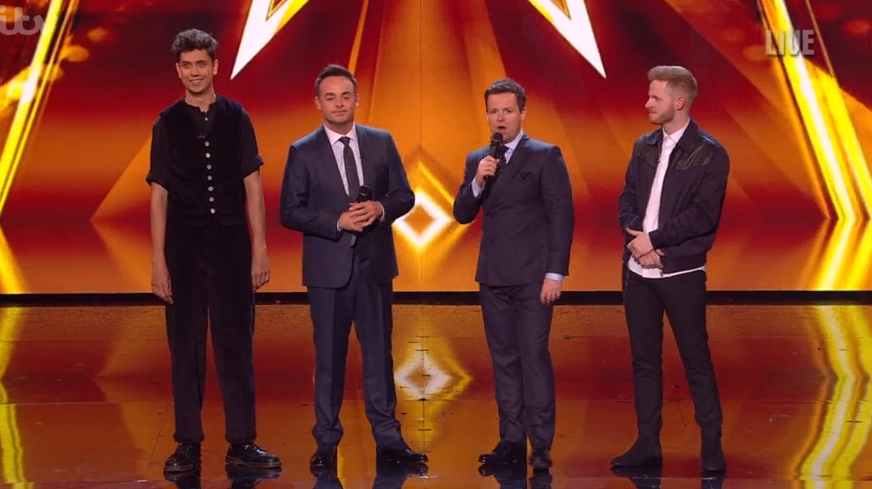 Mark and Ben Hart were put through by a public vote (Credit: ITV)

After getting through, Mark said: "I wouldn’t be here without everybody that’s supported me and pushed me, thank you so much. Thank you for getting behind me."

Viewers were left stunned during last night's semi-final when Jimmy made Simon uncomfortable by trying to make him dance the can-can during his act, prompting the judge to storm off stage.

Acts will compete in the Britain’s Got Talent final on Sunday 2 June.

* Britain's Got Talent's fifth live semi-final is on ITV at 7.30pm on Friday.

Did you think the girl dropped the c-bomb? Leave us a comment on our Facebook page @EntertainmentDailyFix and let us know.