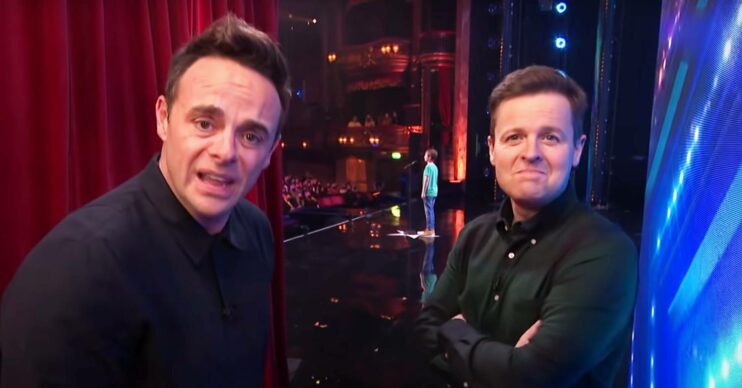 BGT viewers ‘irritated’ by show format ahead of live finals

Does it wind you up, too?

BGT viewers have been complaining about aspects of how the show is laid out ahead of the upcoming finals.

Observant fans tracking how the auditions are filmed and then sewn together to create a whole episode seemed particularly wound up last night.

And that may be because Saturday’s (May 28) programme was the final try-out show before next week’s live shows.

After eight weekends of watching the same format, showing similar stories unfold in familiar ways, it seems some of those watching at home took a close interest in the seams of the episode.

And they were slightly narked off at sitting through the same kind of TV, time after time again.

Why were fans complaining ahead of the BGT finals?

The camera angles used cropped up more than once as a source of frustration.

Some viewers fumed how constant cuts to the audience to show their reactions distracted them from the acts.

And another took to social media to claim BGT is “the absolute worst” for not visually prioritising the performances.

Let’s see them, then . Stop putting cameras on the Feckin audience!! #BGT

this show is the absolute worst for camera angles, i want to see the act not the judges overreacting?? #bgt

Stop showing the audience on #BGT it stops us seeing the acts !!!!!!!

However, that particular tweeter took issue with the judges’ sometimes OTT facial expressions for pulling focus.

Elsewhere, another observer admitted they were annoyed by Britain Got Talent‘s editing “grammar”.

They also pointed out how audition sequences are composed with shots illustrating how audience members and judges may feel about acts.

But this tweeter highlighted how audio elements can interrupt the suspension of disbelief that the scene as viewed replicates the reality of how an audition has progressed.

Niche belated tweet, but the editing on #BGT is really irritating. An act comes on to sing, cutaways show the audience courteously listening, but the grammar of the show dictates there must be a fake background track of cheering and whooping dubbed on just after they start…

“The grammar of the show dictates there must be a fake background track of cheering and whooping dubbed on just after they start,” they wrote.

As next week’s shows are ‘live’, there may be fewer external sound effects piped in.

However, we reckon the judges’ contorted and pronounced looks are here to stay. What else would they do?

BGT 2022 live finals week starts on ITV on Monday May 30 at 8pm. It continues at the same time every weeknight until Friday June 3. The grand final is then in Sunday June 5!