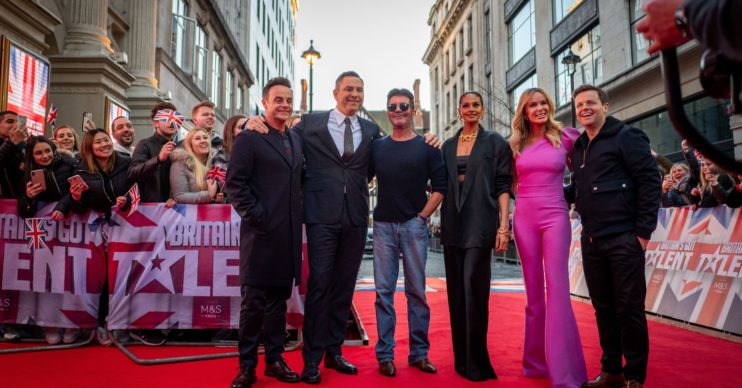 Is it a two-horse race for Sirine and Souparnika?

BGT viewers are feeling pretty confident they already know who will be crowned the winner of 2020.

Although, when that Britain’s Got Talent final will actually happen is totally up in the air.

By usual standards, we’d be tuning into the final next Sunday, but coronavirus has put paid to all that.

At the moment it’s looking as though the semis and final will air early autumn.

But many fans are convinced that it will be a two-horse race, with either 14-year-old Sirine Jahangir or 10-year-old Souparnika Nair, both singers, tipped to triumph.

Sirine, who is blind, wowed the judges and the audience with her voice when she performed on last weekend’s show (Saturday, May 16).

She gave her all to a rendition of Salvation by Gabrielle Aplin, also showing off her piano skills.

“I guess it’s pretty obvious that I can’t see,” Sirine told the crowd. “There was a time that I could, and now I can’t, but I guess music is my vision.

“It’s just what I live by and music is my thing.”

And the studio audience just loved her ‘thing’, rising to their feet to applaud her, while she received easy yeses from all four judges Simon Cowell, Amanda Holden, David Walliams and Alesha Dixon.

Great singer and musician. Hope she wins it outright. Electric.

Many viewers have been predicting she’s the sure-fire champion on Twitter.

One fan said: “Sirine, with the right song could win BGT.

“Super talented and although she has lost something we all take for granted, at such a young age she has shown great character!”
Another wrote: “I’m not one for ‘sob stories’, but I don’t think of that term with Sirine’s performance. It’s a genuine talent to be able to play the piano (or any instrument) when you can’t see. She deserved to go through. She could even win.”
A third posted: “Love Sirine. Even without the back story, great singer and musician. Hope she wins it outright. Electric.”

A fourth summed it up: “Sirine is a very bright star, she will win this competition.”

Meanwhile, Sou gave a powerhouse performance with song Never Enough, from The Greatest Showman, and earned herself an army of fans.

One of Sou’s many supporters summed up their feelings: “Souparnika for the win. That was incredible.”

Who do you think will win? Leave us a comment on our Facebook page @EntertainmentDailyFix and let us know!