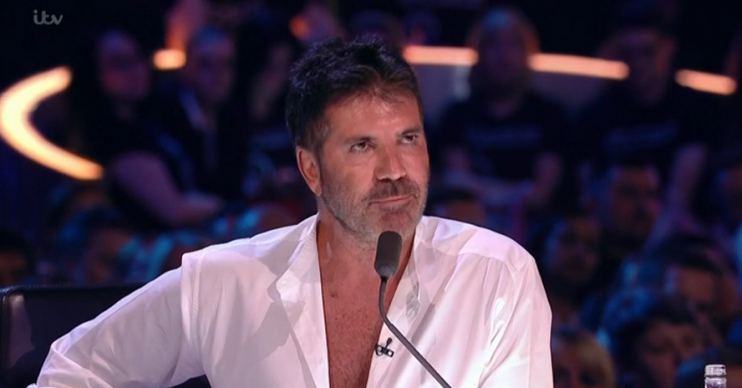 BGT: The Champions viewers in tears as Simon Cowell calls himself an “idiot” in apology to Jai McDowall

Simon Cowell stunned BGT: The Champions fans as he called himself an “idiot” during a heartfelt apology to 2011 winner Jai McDowall.

Viewers were left in tears during the emotional exchange between the ITV series boss and the Scottish singer.

Simon said he was sorry for not giving him any support during or after BGT’s fifth series despite signing him to his Sony record label before dropping him after one album.

After Jai’s powerful rendition of Lady Gaga’s I’ll Never Love Again on Saturday night’s show, the showrunner told him: “So, 2011, I remember my issue or problem at the time was I was struggling to work out where you fitted into the market.

“The fact I never gave you any support during or after the show, you had the guts to come back and proved a point to me that you’ve grown in stature and grown in confidence.

“The song was immaculate, it was a great performance and I owe you an apology for not giving the support I should have given you at the time.

“But I also respect you’ve come back to make me look like an idiot and you look fantastic, and I could not be more thrilled, so here is the standing ovation I should have given you.”

Choking back tears, Jai replied: “You have no idea how much that means. Thank you.”

“BGT for me has always been something I’m so proud of.

“Thank you very much, Simon, for everything the show has given me.

Earlier, Jai explained how it had all gone wrong for him despite winning the 2011 series.

He said: “I was signed to Sony. We created an album. Unfortunately, though, I was dropped.

“The record deal was a dream come true and to have it all taken away was one of the hardest things I’ve ever had to deal with.

“That’s why I’m back on BGT: The Champions to show Simon I was a worthy winner and I deserve a second chance.”

Viewers shared their praise for the pair on Twitter.

One posted: “Literally in tears. @Jai_McDowall you deserved that so much.”

Another wrote: “Absolute respect for @SimonCowell for that. He’s never done that for anyone before.”

A third tweeted: “Good on you Jai for coming back. And fair play Simon.”

literally in tears. @Jai_McDowall you deserved that so much #bgtchampions

Absolute respect for @SimonCowell for that. He’s never done that for anyone before. #BGTChampions

Good on you Jai for coming back. And fair play Simon. #BGTChampions