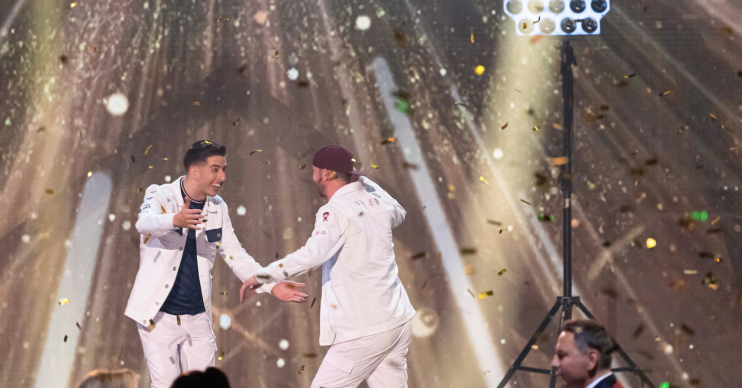 Dance duo were runners-up on Britain's Got Talent runners-up

Viewers hailed Twist and Pulse as the rightful “winners” of BGT: The Champions after the comedy dance duo received Alesha Dixon’s golden buzzer on Saturday night.

The pair, Ashley Glazebrook and Glen Murphy, were runners-up on Britain’s Got Talent way back on series four, missing out to acrobatic gymnasts Spelbound.

Now they get the chance to go one better in next weekend’s series finale after being put straight through by Alesha.

Fellow judge David Walliams told the duo they were one of his favourite ever acts and that he wished he had been on the panel when they made their first appearance.

He said: “To combine this incredible skill for dancing with this amazing comic timing is something we’ve never seen before. You two are adorable.”

Amanda Holden said: “I love you. I’ve always loved you. You brought so much humour and such a unique act to this show.

Simon Cowell said: “I don’t think you’ve been given enough credit over the years in terms of what you brought to us.

“The people who didn’t want to compete again, you know why?

“It’s because they didn’t think they could win. You’ve come back because you believe you can win and that’s why you have my total respect.”

One tweeted: “That golden buzzer was well deserved @TwistandPulse hope you win the whole show now.”

Another posted: “Twist and Pulse all the way, amazing.”

A third added: “TWIST AND PULSE ARE MY WINNERS!”

Twist and Pulse all the way ,amazing ❤❤❤❤ #BGTChampions

I’ve never cheered so much at the tv as I just have with @AleshaOfficial giving the golden buzzer to @TwistandPulse I LOVE THEM!!🥰🥰 #BGTChampions #GoldenBuzzer

Twist and pulse are one of my favourite got talent acts of all time. Was gutted when they didn’t win their series. Golden buzzer well deserved #BGTChampions

Yesssss @TwistandPulse totally deserved that golden buzzer tonight on @BGT they are brilliant and so funny! ❤ them #BGTChampions

Twist and Pulse will be joined in the final by Bars and Melody who won the audience vote on Saturday night’s show.

* BGT: The Champions grand final is on ITV next Saturday night.