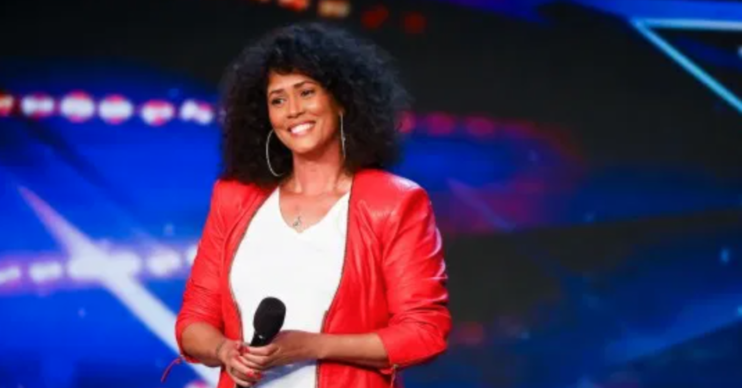 The amazing singer is a celebrated Whitney Houston performer

Belinda Davids wowed the judges and audience on Britain’s Got Talent this evening.

She performed the Whitney Houston song One Moment In Time and sounded incredible.

The 43-year-old from South Africa revealed she was incredibly nervous to Ant McPartlin and Declan Donnelly before she came on stage.

Indeed she told the hosts that she was “petrified” ahead of meeting the judges.

“I’m here to further my career,” she said to Simon Cowell. “I’m shaking, I’m so sorry.”

Explaining why she had chosen the song, she told the judges: “It reminds me so much of my boys.

“I have two boys and the most important thing for me to do is make my two boys proud.”

Simon put her at ease, saying they now knew each other and she was liked.

He also reminisced about meeting Whitney on a couple of occasions and gushed about how amazing she was.

Belinda needn’t have been nervous – her talent was undeniable as she began singing.

In fact, the modest mum has toured the world as a singer performing Whitney songs.

And she was chosen out of 15,000 hopefuls to play Whitney in the The Greatest Love of All: The Whitney Houston Show, which opened to critical acclaim.

In 2017, she won the BBC talent show Even Better Than The Real Thing – which was hosted by Paddy McGuinness.

Some viewers immediately recognised her…

belinda davids had no nerves at all when I saw her headline the Whitney musical last year. this show is so scripted #BritainsGotTalent #bgt

#BGT Belinda another Known who is on the Circuit!

And she was LOVED!

belinda davids had no nerves at all when I saw her headline the Whitney musical last year. this show is so scripted #BritainsGotTalent #bgt

Wow Belinda that is how you close auditions! Amazing loved her voice that was a stunner she could win it. Well, thanks #bgt for keeping our spirits up these last few weeks. It’s been a brilliant set of auditions sizzling standard to begin with dropped off but still kept giving

According to IOL, her tribute act has upcoming tours scheduled in America, the UK and Russia followed by an additional international tour which fills her schedule up until 2021.

She told the paper: “This is not me just replicating Whitney Houston, it’s paying homage to my idol and keeping her music alive.

“I don’t know what it is for other tribute artists but for me Whitney Houston taught me how to sing.

Belinda added: “I love what I do because I do it every day, I sing in my house, it’s not like I go home and say I’ve been singing all day I don’t want to sing now.”

She certainly did herself – and Whitney – proud on tonight’s show.

Britain’s Got Talent’s semi-finals and the final are expected to air in the autumn, fingers crossed.

Who do you want to see win? Visit out Facebook Page @EntertainmentDailyFix and let us know!