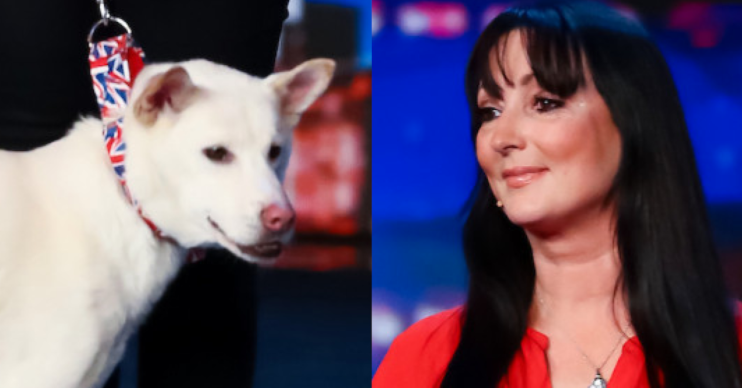 BGT touched on the pair's emotional six years together

Amanda Leask and her gorgeous rescue dog Miracle had BGT fans in tears tonight (May 9).

But it was their amazing journey that brought them to the Britain’s Got Talent stage that didn’t leave a dry eye in the house.

Here is their story in full…

Amanda, 49, has loved dogs since she was a child and even walked other people’s pets just for fun.

“Dogs have always been in my life,” she explained. “I have an obsession with dogs. I was born in the year of the dog as well!”

When she met husband Tobias, the pair realised their shared love for animals and started adopting dogs.

In 2008, the couple fell pregnant and Amanda gave birth to twin boys Kyle and Ty – but she was 11 weeks early.

Kyle, who is now 11-years-old, has cerebral palsy and autism.

Due to the extent of his disabilities, Kyle cannot talk and is confined to a wheelchair.

However, the little boy’s world turned upside down when Miracle arrived.

“They are best friends,” Amanda gushed.

“Miracle is a very spiritual dog, very emotional and even picks up on the needs of my little boy.”

Some years after her twins were born, Amanda saw a post on Facebook about the dog meat trade in south east Asia.

There was a news article about a truckload of dogs that had been stolen in Thailand to be sold for slaughter in Vietnam.

A haunting photograph showed the traumatic conditions in which the dogs were kept.

More than 100 had been crammed into a cage, with one clearly trying to make an escape – that dog was Miracle.

Fortunately, the truck was stopped by undercover officers working for the charity Soi Dog Foundation.

After reading the story, Amanda became desperate to rescue Miracle and so got in touch with one of her friends in Thailand.

Her pal would visit the shelter regularly to try and find Miracle but, with 3,000 dogs under the property’s roof, it wasn’t easy.

“The shelter resembles a cattle pen with food troughs and vats of water,” Amanda told the Express.

“With around 3,000 dogs in there, death and disease were rife. I didn’t hold out much hope but incredibly eight weeks later she found him.”

Bringing Miracle to the UK

Volunteers brought Miracle to to the UK in April 2014 – it was the first time he’d ever lived in a house before.

Amanda decided to wait some time before introducing Kyle to the latest addition to the family.

That’s because dogs can cause him anxiety if they’re too energetic – but Miracle was completely unlike any other pooch. they’d had before.

He was calm around Kyle and the pair quickly bonded.

“Now, if Kyle becomes upset by a situation, such as too many people invading his space, Miracle will go to him and let him grab the fur on the back of his neck for comfort, which instantly seems to calm him,” Amanda added.

The proud mother revealed that it was after Miracle’s arrival that Kyle was able to make eye contact for the first time in his life.

Speaking on BGT, she explained: “I love dogs because they give so much back.

“Rescue dogs in particular, despite what they’ve endured before, are just the most amazing beings.”

Since his arrival in the UK, Miracle has received the Crufts Friends For Life Award and the RSPCA Animal Hero Award.

The pup is also a canine ambassador for the charity that helped save him, the Soi Dog Foundation.

Now, seven-year-old Miracle and Amanda are hoping to win BGT 2020.

“If Miracle and I won Britain’s Got Talent, it would be phenomenal that a rescue dog would be performing in front of the royal family,” she added.

“It would be like a rags to riches story – it would just be amazing.”

And if you want to read the duo’s story in even further detail, Amanda’s 2016 book Miracle is available to buy on Amazon.

Catch up on previous episodes via the ITV Hub.