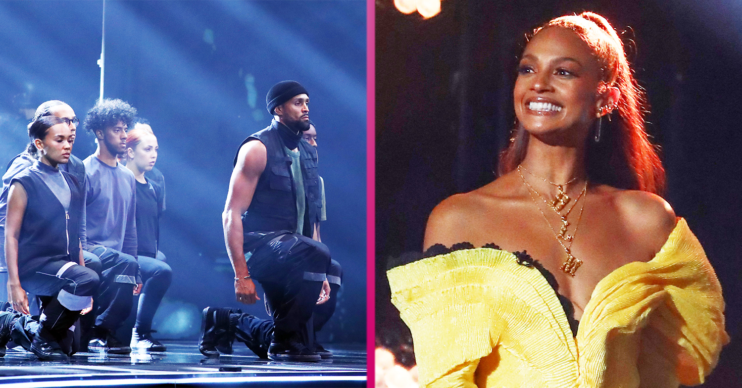 BGT is the year’s most moaned about show with 27,000 complaints made to Ofcom

Diversity, Alesha and Amanda under fire

This year’s BGT has been surrounded by controversy and complaints so it’ll come as no surprise that it’s currently Ofcom’s most complained about show of the year.

Some 27,003 viewers have made complaints against the show to the regulatory body.

Despite the sheer number of complaints, though, Ofcom has decided not to investigate Britain’s Got Talent.

It comes after tens of thousands of complaints about Diversity’s Black Lives Matter performance.

Why did BGT viewers make complaints about Diversity?

Ofcom rejected the complaints though.

In a statement, it said: “Ofcom received approximately 24,500 complaints about the above programme. Our assessment is that this programme did not raise any issues which warranted investigation.

“In our view, Diversity’s performance was an artistic expression of topical social issues and did not contain any content which was racist, unsuitably violent or otherwise inappropriate in the context of this.”

Three weeks ago, almost 2,000 viewers complained when Alesha Dixon wore a BLM necklace on the show.

Who else did they report to Ofcom?

David Walliams is the only member of the judging panel who’s emerged from the series unscathed so far.

Amanda Holden came under fire from viewers for what they deemed to be risqué outfit choices.

She looked gorgeous in a navy dress on last weekend’s show but 235 viewers complained that it was too revealing.

Read more: Jimmy Doherty on Autumn on the Farm and why he’s taken to pleasuring turkeys

Amanda also faced the wrath of the British public when they alleged she failed to socially distance when she performed a duet with Myra DuBois.

Myra hit back at viewers who complained in an exclusive interview with Entertainment Daily earlier this week.

She said: “People going on that we flaunted social distancing because Amanda Holden walked a little bit behind me at the end.

“It was hardly like we were lesbian mud wresting spitting in each other’s mouths, was it?”

Other contestants have also irked some viewers.

The Sun reports that 304 of them complained about vicar Allan Finnegan’s jokes about funerals.

Performing dog Miracle’s act also caused a stir with viewers complaining about images of dogs waiting to be eaten in a Thai market being shown on screen.

What else did viewers complain about?

BGT received many more complaints than any other ITV show this year.

It was hardly like we were lesbian mud wresting spitting in each other’s mouths, was it?

Good Morning Britain was complained about 500 times in a week back in May.

Most of the complaints were about host Piers Morgan.

In April, an on-air row with an MP earned Piers 2,000 Ofcom complaints.