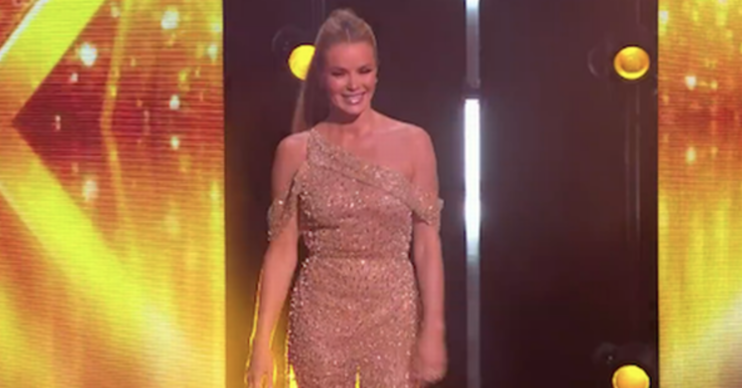 She is used to causing controversy with her outfits

The 49-year-old looked stunning with a chic, low ponytail and understated bronzed make up – but it was her dress that took centre-stage.

What was Amanda Holden wearing?

The asymmetric piece had a slit up one side that accentuated Amanda’s toned and tanned figure, and was nude-coloured and covered in sparkle.

Amanda you look fab tonight and I love your dress !!😍xx

Amanda is used to dress controversy

It’s not the first time Amanda’s outfits have made headlines.

A couple of weeks back (September 26), she was slammed for wearing a dress that some deemed to be too revealing.

In fact it upset some viewers so much that Ofcom received more than 200 complaints about it.

The issue appeared to be that the former actress’ attire was so low cut that some viewers complained that her nipples were on show.

Dozens of viewers aired their amazement at her racy dress on Twitter.

One user tweeted: “Is it me or Amanda’s nipples nearly hanging out of her top?”

Another user asked: “Are Amanda’s nipples on show? #BGT.”

And a third user shared: “Is it my eyes or are Amanda Holden nipples nearly falling out of the dress.”

She responded the following week by wearing an even skimpier dress, in an apparent FU to her critics.