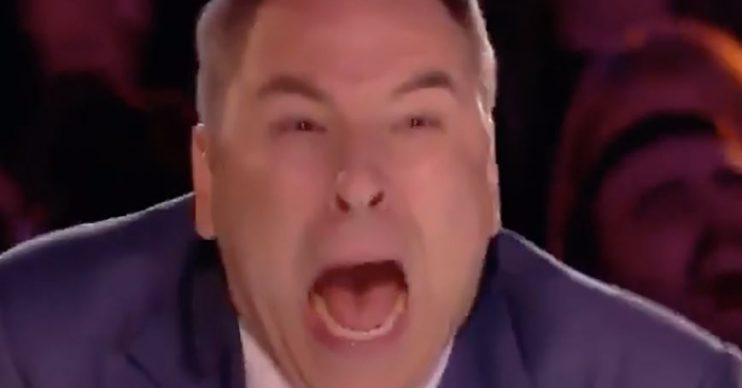 What has made the comedian so very scared?

The new series of BGT kicks off tonight and from its latest teaser, it is set make a sensational return – with David Walliams looking more petrified than ever.

Britain’s Got Talent judge Amanda Holden shared a hilarious clip to her Instagram which showing a terrified looking David Walliams jump out of his seat.

Addressing her some 1.4 million followers, the video’s caption reads: “@bgt is back tonight!! 8pm @itv -FaceTime/zoom/houseparty your family and friends and be cheered up #together #wecandothis.”

I can’t even look at that

And in the video, Amanda is shown screaming after turning away from the stage and saying: “I can’t even look at that”.

While David Walliams finally leaps out of his chair and lets out a penetrating wail.

The clip didn’t reveal the act that got the judges so worked up. But Amanda’s followers couldn’t help but speculate.

What could it be?

One user commented: “There must be a scary act on BGT.”

A second wrote: “If you can’t even look at that, how will I be able to look?”

A third posted: “You’re freaking me out!”

Others appeared to share Amanda’s sentiment that this show will cheer up those in lockdown.

One user commented:  “I think this show is just what the nation needs right now.”

And another agreed, with: “Amanda, cannot wait for this, need a laugh right now.”

Yet another chimed in with: “Only thing that’s kept me going during this quarantine.”

Judging from the full-length preview video, the act in question could be a contortionist.

The video features a contestant contorting into seemingly impossible positions, much to the awe of the judges and audience alike.

Papi Flex, aged 26, performs multiple contortions on stage before moving next to the judging table.

Each judge looks both horrified and amazed at his shockingly bendy moves.

@bgt is back tonight!! 8pm @itv -FaceTime/zoom /houseparty your family and friends and be cheered up #together ♥️ #wecandothis

Simon’s six-year-old son Eric even helps out a magician with one of his act’s tricks.

This episode was filmed earlier this year, before the coronavirus lockdown was in place.

All of the audition episodes are believed to have already been filmed.

The final live episodes have been postponed until further notice.

– Britain’s Got Talent returns at 8pm on ITV.

What do you think has freaked out David so badly? Share your ideas with us on our Facebook page @EntertainmentDailyFix.