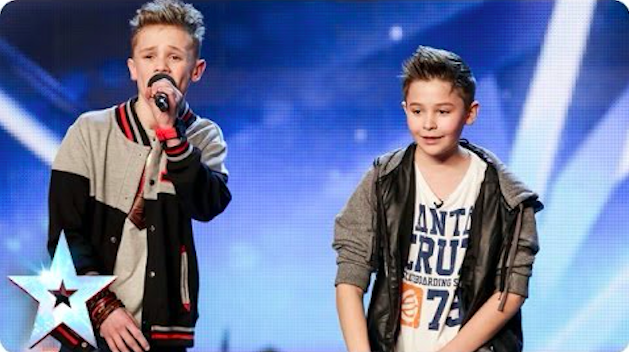 They finished in third place in 2014

It’s been five years since youthful duo Bars and Melody found fame on Britain’s Got Talent.

They won the hearts of the nation with their Hip Hop and R&B performances – a protest against the bullying Leondre had endured at school.

And it seems nothing much has changed in the winning hearts department, as they are currently touring the US and apparently looking for love along the way!

Read more: Piers Morgan reveals he would return to BGT as a judge on two conditions

Leondre Devries and Charlie Lenehan, now 18 and 20, were Simon Cowell’s golden buzzer act in 2014 and came third overall in the ITV competition.

The double act, also known as BAM, were quickly signed to Simon’s record label Syco, and released their debut studio album 143 the next year.

Since then, the pair have toured in the UK, Japan, mainland Europe, US and Australia – and are currently on their Choke Tour of 13 countries.

And just look at them now!

Posting regularly on their official Instagram page, which has 1.4 million followers, the pair are all grown up and much changed from their sapling days on the BGT stage.

Ripped jeans, tattoos and piercings separate them from the young boys who impressed Simon all those years ago.

A recent post showed the boys in a restaurant, with rock star hoodies and caps, staring at the camera.

Alongside the snap, they had written: “Double date anyone?”

Their followers naturally responded with a huge “yes”, with one gushing: “OMG, what a beautiful picture of you guys!!!”

One bold lass asked: “Can I date both of you??”

Who is your favourite ever Britain’s Got Talent act? Leave us a comment on our Facebook page @EntertainmentDailyFix and let us know what you think!