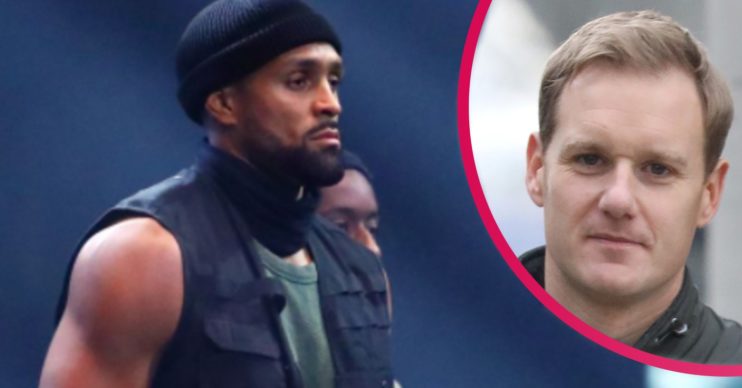 BGT Diversity performance: Dan Walker hits out at complaints against it

BGT has received over 10,000 complaints over the powerful Diversity performance and now Dan Walker has waded into the furore.

The BBC Breakfast host and sports pundit, 43, shared his opinion on social media.

Over 10,000 complaints have been made to Ofcom regarding the performance since it first aired on Saturday.

Many viewers took offence to the politically charged dance set.

But Dan reckons those that complained didn’t actually watch the performance.

Taking to Instagram, Dan shared: “I’d be interested to know how many of the 10,000+ complaints about the BGT performance by Diversity actually watched it [sic].”

However, his comments left some of his fans divided.

One Instagram user argued: “I watched it and immediately felt that political messages have no place on an entertainment stage. We hear and see enough of this through news outlets.”

And another user echoed a similar sentiment with: “I watched it, turned it over but didn’t complain.

“I won’t be watching BGT again though. No to need to bring politics into a Saturday night family programme.”

But plenty of others remarked on how impactful and relevant they found it.

BGT Diversity has received over 10,000 complaints

An additional user commented: “I thought it was an amazing piece of art and reflected what has been happening in the world and their skills get better each time.”

Another user stated: “I thought it was an amazing performance and very relevant cannot understand about the complaints and I am a white pensioner and pity the small mindedness of some people x.”

Both Ashley and Jordan Banjo have spoken out following the complaints.

The Diversity members, who won Britain’s Got Talent back in 2009, expressed their sadness.

Ashley shared on social media: “I’m so grateful and overwhelmed by all of the love and support but also by the amount of conversation this performance has thrown up.

Jordan teared up on his KISS FM radio show, saying: “I can’t speak for anyone else it’s sad, it’s sad, genuinely.