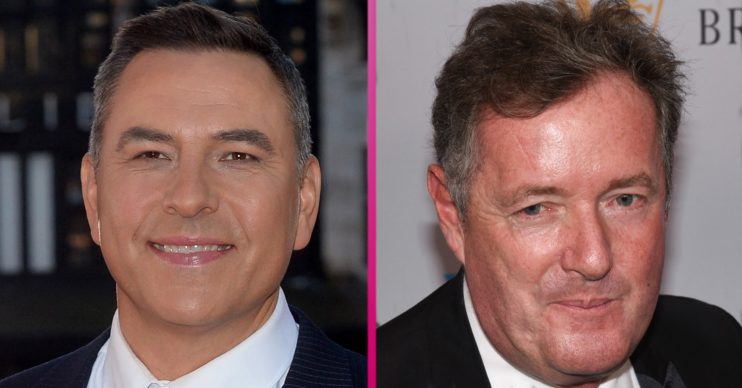 David and Piers are said to be sworn enemies in a feud that goes back years.

When Simon Cowell was forced to pull out of BGT after breaking his back the show was temporarily thrown into turmoil.

But this allegedly threw David into a tantrum – to the extent that he said he would quit all together if Piers came back.

A source told the Mail Online: “I heard that David threw his toys out of the pram. Imagine David and Piers sitting on either end of that judging panel – what great TV it would have been.”

However, Piers confirmed in a separate Mail column that he was indeed approached for the role.

Piers wrote: “Amusingly, I was quickly sounded out to see if I was potentially available but had to explain that if I was confined to the same close quarters as that insufferable twerp David Walliams, it wouldn’t end well.”

Why don’t Piers Morgan and David Walliams like each other?

In fact, both parties have publicly shared their strong dislike for one another.

David has liked tweets slating Piers Morgan in the past.

And Piers said in an interview with The Mirror that David ‘makes his skin crawl’.

He said he wouldn’t attend this year’s National Television Awards as the Little Britain star was hosting.

The GMB host said: “There’s no point when the same people win the same awards ever year.

“I’d rather stay at home and watch Groundhog Day and the host David Walliams makes my skin crawl.”

Fortunately, for their sakes, they won’t be reunited on the remainder of this year’s Britain’s Got Talent.

Instead, Ashley Banjo is standing in for the semi-finals.

Ashley won BGT with his dance troupe Diversity in 2009.

Simon shared his joy at his temporary stand-in.

He told The Sun: “Ashley will be a fantastic addition to the panel. He knows the power of the show and the responsibility of it.