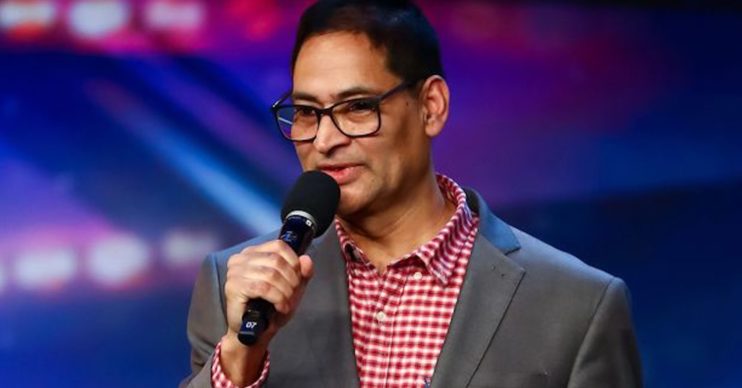 What many viewers probably didn’t know is Bhim is actually a secret YouTube star – and you can listen to his song online now.

Bhim is a hotel manager who lives in Reading with his partner (who also briefly made an appearance on BGT).

The aspiring singer went viral in 2013 when he first uploaded Sunday Morning Love You onto YouTube.

Since then, it’s been viewed over six million times and has had a huge impact on fans.

One wrote underneath the video: “This song helped me get through a tough time in my life.”

Another added: “People make fun of this song… but if you listen this song you will get addicted..”

Bhim worked in banking in Nepal at the time, however, quit following the success of his song and moved to Reading in the UK.

“I want to focus more on live performances and concerts,” he explained during and interview with IBNLive.

The father-of-two revealed enjoyed a life of fame following his move to England.

“Yes, even British people recognise me sometimes. I am very humbled by those encounters,” he added.

Bahim then tried to audition for India’s Got Talent but didn’t win.

Unfortunately, the fame was short-lived and Bhim began working in the hotel industry.

Could BGT be Bahim’s second chance?

On his YouTube channel, which has almost 19,000 subscribers, Bhim has a number of other songs including I Was At The Station, Let’s Fly In The Sky and Dancing All The Night.

If you can’t get Sunday Morning Love You out of your head and want to check out his music video, you can watch it here.

Bahim added: “I write lyrics that are simple, easy to understand and can connect with the youth.

“I am glad that people like my dancing; I just want to connect with the young crowd.”

Following the support from his partner however, he decided to audition for Britain’s Got Talent.

Simon Cowell was not impressed by Bhim and swiftly hit the buzzer, but Alesha Dixon, Amanda Holden and David Walliams got up and danced.

Ant and Dec even joined him on stage!