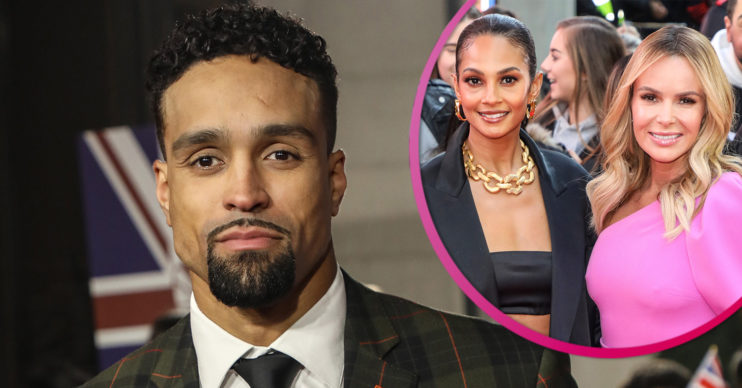 BGT star Ashley Banjo has been supported by Amanda Holden and Alesha Dixon after backlash over Diversity’s recent performance.

More than 10,000 people complained about the dance group’s Black Lives Matter routine, which featured on the programme last weekend.

The powerful dance recreated a white police officer kneeling on Ashley, which was in reference to the death of George Floyd in America.

Despite many viewers praising the performance, others thought it was inappropriate on a family show.

Therefore, thousands complained to watchdog Ofcom and Ashley has since spoken out.

What did Ashley Banjo say about the BGT complaints?

The star hit back at a post which told himself, Anthony Joshua and Lewis Hamilton to stop talking about racism.

Seemingly created by a troll, the post said: “Dear Joshua, Hamilton and Banjo and any other Black public figures.

“We the Great British Public will only support you if you entertain us and do not say anything about racism.

“Thank you for your understanding.”

Ashley said: “For the people sending this: 1. You do not represent or speak for the Great British public.

“2. Silence was never and will never be an option. 3. Change is inevitable… Get used to it. #Diversity.”

Silence was never and will never be an option.

In the comments section, Amanda posted a heart emoji.

Meanwhile, Alesha wrote: “They can kiss my black ass!”

Earlier this week, Ashley hit back at “hate” messages over Diversity’s inspiring performance.

He wrote: “So much to say… But I’ll just let the performance talk. Thousands of messages of love and support – thank you.

At the time of writing, BGT has been hit by 10,267 complaints over the routine.

The performance has become the second most complained about TV moment in a decade.