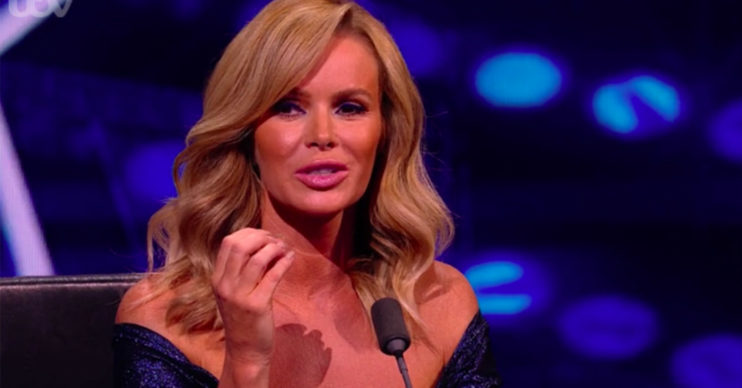 Currently the show‘s head judge while Simon Cowell recovers from his back injury, Amanda, 49, will sing songs from her new album.

Why is Amanda Holden in trouble?

Mum-of-two Amanda has been embroiled in controversy after she wore a very daring dress during last week’s semi-final.

The dress was so low-cut, viewers complained to TV watchdog Ofcom.

Read more: BGT is the year’s most moaned about show with 27,000 complaints made to Ofcom

Complainers said that they could see her nipples.

As a result, Ofcom received over 200 complaints after the show.

With the controversy still rumbling on, Amanda will perform on tonight’s fifth and final semi-final.

And, she took to Instagram to share with fans the news that her album had sold out on Amazon.

She said: “Hello! I just wanted to share the news that Amazon have run out of stock of both my signed and unsigned CD, which is brilliant but also gutting.”

She continued: “Because of Covid and a couple of other things, we are having difficulty getting it restocked.

“We have it, ready to go we are waiting to sort it all out so apologies to any of you who are going to end up waiting for it.”

Finally, she thanked fans for their support.

“I am overwhelmed and extremely grateful to all of you who have bought it so far, it is overwhelming,” she added.

What will Amanda be wearing tonight?

A white, floor-length turtleneck gown, it’s a far cry from her choice of dress from last week.

What did Amanda say about the controversy?

Read more: Amanda Holden admits she once accidentally flashed Piers Morgan and his son her boob

“Mmmm really?! Who has nipples this close to their cleavage?!” she said.

“FYI. A boned corset dented the girls all night.”