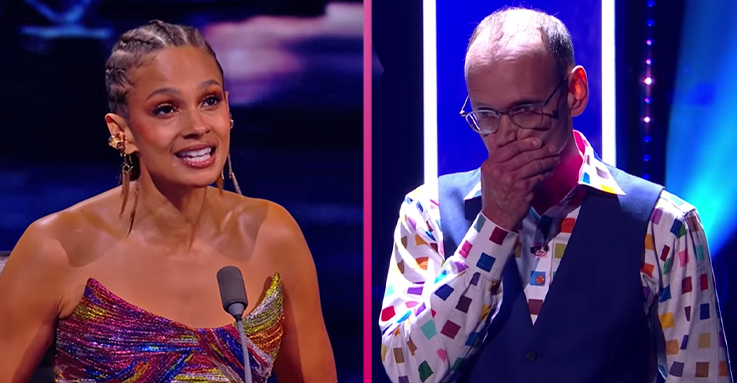 Comic act's hardship struck a chord with many

The contestant was the first to be put through to the 2020 finals, but his admission about lockdown struck a chord with many.

After his performance, the 42-year-old dad-of-three said: “I’m proper welling up there, because it is true.

“I have been working for years and years and especially the past few months have been so hard to not have any work.

“I know my kids are watching somewhere and all I want to do is provide.

“I’ve managed to do that in a very tricky career for nearly 30 years and the past few months have been blooming hard to not do that.”

Steve, from Chorley in Lancashire, had clearly pulled on Alesha’s heart strings.

He continued to Alesha and the other judges: “It means the world to me. I can’t express that anymore than that.”

What did the other judges say?

Steve bowled over judge David. He said: “I have to go with my heart, you know, I mean people who make me laugh thrill me to the very core of my being. So I’m going with Steve Royle.”

Alesha said: “I love all of you, so this is very, very difficult but I think I have to go with my gut, with my heart.

“The act that reduced me to tears of joy and sadness and everything and had me in hysterics is you, Steve, I just love you. So I want to see Steve Royle in the final.”

Fellow judge, Ashley Banjo, said that comedian Steve gave him the ‘buzz of the night’.

Although her vote wasn’t needed in the end, Amanda was still keen to show her support.

She added: “All the way I would have picked Steve.”

Speaking to Lancs Live, Steve said: “In light of everything that has happened this year it’s becoming one of the highlights of my career because in other times, I’ve been gigging at least and had other work. But because of the virus I’ve not had any work for months.

“It’s given me some perspective.”

What did you think of Steve’s performance. Leave us a comment on our Facebook page @EntertainmentDailyFix and let us know.