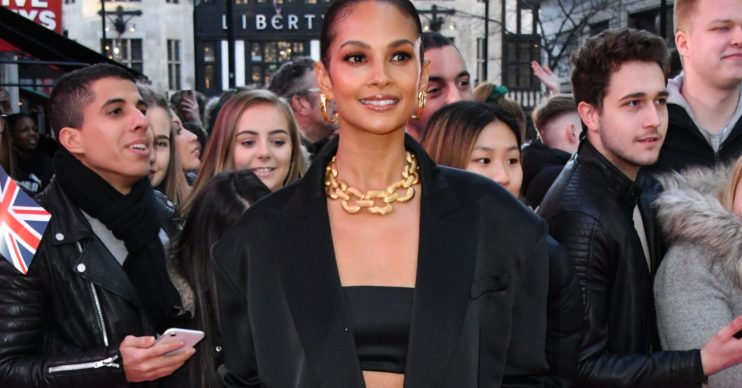 BGT: Alesha Dixon says she was in floods of tears during Diversity performance

Alesha Dixon was in “floods of tears” during the powerful Diversity performance on BGT.

It in part drew inspiration from the Black Lives Matter movement and covered the death of George Floyd, among other recent events.

She told the Daily Mirror newspaper: “On the day of the performance, the camera didn’t actually pan to the judges and I was sitting there in floods of tears.

“I had this overwhelming feeling of, ‘Wow I can’t believe I am watching this on BGT.’ It felt really important.”

She also heaped praise on Diversity star Ashley Banjo, who has stepped in for Simon Cowell on the panel for the current series.

I was sitting there in floods of tears.

She added: “He is the perfect person to step in for Simon – and talk about making an impact on your first week!”

ITV recently defended the group’s routine as an “authentic, heartfelt response to many of the issues and events which have affected society in 2020” after Ofcom received more than 23,000 complaints.

Read More:Britain’s Got Talent: Viewers ‘complaining about lack of apology’ amid Diversity controversy

ITV statement about BGT and Diversity

In a statement published on its website, a spokesman said: “Britain’s Got Talent has always been an inclusive show, which showcases diversity and supports strong storytelling in all forms and ITV stands behind the decision to broadcast Diversity’s performance on BGT.

Ashley has claimed that the recent backlash has helped to underline the importance of the routine.

He said: “A lot of the comments showed just why this performance was needed.

“Racism is very real. I knew it before, and I definitely know it now. After this performance, everything that we’ve received it’s been overwhelming in a negative sense sometimes.

“It’s been tough … I’m feeling so happy that we opened it up. And if that’s what it takes it’s a price I’m willing to pay.”