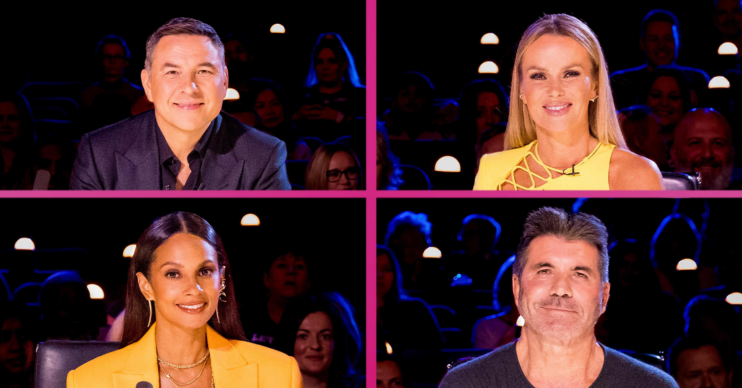 BGT 2022: When does Britain’s Got Talent start? Ant and Dec announce launch date

Bring on the Golden Buzzer – and Amanda's outfits!

BGT 2022 has finally got a launch date, so when does the new series of Britain’s Got Talent start?

The good news is you don’t have long to wait until the return of the show that’s fronted by Ant McPartlin and Declan Donnelly.

The boys announced the launch date for the 2022 series of BGT earlier today (April 6).

Read on to find out when to tune in!

When does Britain’s Got Talent start?

They narrated a video on Instagram, which featured clips of judges Amanda Holden and Alesha Dixon crying.

Dec said: “It’s been a very long time since Britain’s Got Talent has been on our screens.”

It’s been a very long time since Britain’s Got Talent has been on our screens.

“But what we’re about to tell you…” teased Ant.

“No no no no, it’s very exciting news,” he continued.

“BGT is back on the 16th of April,” Dec declared, as the judges gave the news a standing ovation and the studio audience cheered.

The auditions have been underway for a while, with talent flocking to the capital from across the country.

The London Palladium was the setting for the auditions stage, and it’s this that we’ll first see when the show returns next weekend.

They were filmed in front of a 2,000-strong audience, and you’ll see them wearing masks due to the then COVID-19 restrictions.

When it gets to the semi-final and the grand final stage, BGT 2022 will move to the Fountain Studios.

They’re broadcast live from the location in Wembley, London.

Who are the BGT judges?

David Walliams is also back for the 2022 series of BGT.

And the show’s head honcho Simon Cowell is also returning.

Why was Britain’s Got Talent cancelled?

As Ant and Dec said, BGT hasn’t been on air for quite some time now.

The last time it was on screen was back in September 2020.

The 2021 series was cancelled due to the pandemic, with an ITV spokesperson admitting it was put on hold for “the wellbeing and health of every person involved in the programme”.

Britain’s Got Talent starts on ITV on Saturday April 16 at 8pm.