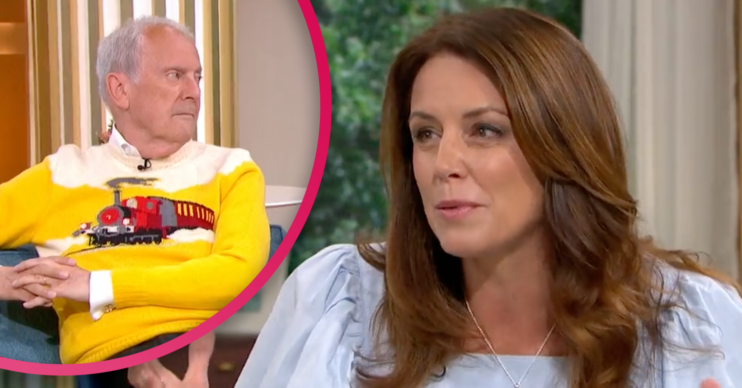 And on his birthday, too!

This Morning pundit Beverley Turner came under fire from Gyles Brandreth on the show today (June 21).

Hosts Holly Willoughby and Phillip Schofield introduced the pair early on in the show.

And tempers flared after they started to discuss the pictures of Prince William going undercover to sell The Big Issue.

Of course, the Duke of Cambridge – who turns 40 today – did so to raise awareness of homelessness.

However, Beverley admitted that she didn’t think that he was best placed, given his wealth and palaces, to highlight the cause.

Read more: This Morning viewers all make the same complaint about health phone-in

Beverley said: “I think it’s a strange choice of charity for a family, when we think of Prince William, we think of massive houses right?

“Maybe I’ve reached peak cynicism. I’d rather have this than a staged picture with the family, but…,” she said, before Gyles chipped in.

He retorted: “Hold on, you can’t have it both ways.

“It’s not his fault the whole system is wrong.”

“Don’t get me wrong, I like Prince William,” she said.

“So what photograph would you have had?” he asked her.

“Oh Gyles, don’t do this to me,” Beverley said.

Good on Gyles – looks like Beverley’s got on his nerves too.

“I just think it’s a bit of a strange charity choice. It’s a bit ironic to have the Prince of Wales, who could house all the homeless in London in Buckingham Palace alone, promoting The Big Issue,” she said, getting the Duke of Cambridge’s title wrong.

“But he’s using his platform for something really really good,” Holly said.

“I think it’s a great choice of charity,” Gyles said, as Holly agreed.

“I think he’s a good guy for supporting it,” Gyles said, before Phil declared: “Let’s move onto something else then, shall we.”

This Morning viewers back Gyles in Beverley Turner debate

The same can’t be said for viewers of the show, though, who waded in with their take on the debate, with some calling her comments “idiotic”.

“Gyles not having none of Bev’s [bleep],” said one.

“Well done Gyles – get her told!” said another.

“Good on Gyles – looks like Beverley’s got on his nerves too,” a third declared.

“Beverley just leave Prince William to support The Big Issue and homeless charities – his mum would be proud of him doing this,” said another.

“Turner doesn’t like Prince William supporting The Big Issues and homelessness, there are better charities?? How lovely of her #getridofher,” declared another.

“Oh for god’s sake Beverley, Prince William learnt everything he needs to know about charities from his mother. She would be delighted he was out there selling The Big Issue which supports homeless people. Give him a bloody break!!” demanded another.

“This is why I think Gyles is a legend – love that guy,” said another.

Beverley has a ‘perfectly valid point’

However, some weren’t on Team Gyles and sent their support to Beverley instead.

“C’mon Gyles you understand the ridiculous irony of William posing with The Big Issue,” said one.

“Gyles going crazy when Beverley Turner makes a perfectly valid point about the irony of Prince William promoting The Big Issue,” agreed another.