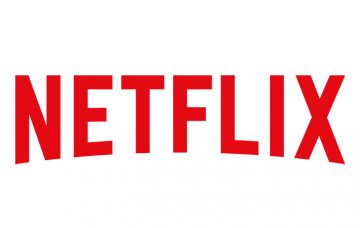 Here's what you want to be watching on demand in May...

Netflix has very little chill when it comes to making masses of new TV shows and films available to subscribers.

Already in 2018 we’ve seen a second series of Marvel’s Jessica Jones, Ricky Gervais’ stand up show Humanity and a reboot of Queer Eye eat up hours and hours of our binge-viewing schedules among literally hundreds of other fresh releases.

In April alone there have been dozens of movies and telly episodes uploaded – can there ever be enough Ru Paul’s Drag Race available on demand?

However, while May looks like it will be much quieter when it comes to Netflix distributing new films, TV series and documentaries, Entertainment Daily has spied a few upcoming shows you’ll want to bring up in front of your eyes.

This list will be updated as and when more details about other great shows for May become available. In fact, we hear on the grapevine more information may be released very, very soon…

A Little Help With Carol Burnett – 4th May

What happens when a legendary comic seeks out everyday truths with the help of straight-talking kids between the ages of 5 and 9? No, it isn’t ‘Kids Say The Funniest Things’ but you’re not a million miles away.

US showbiz royalty Carol, 84, turns to her ‘experts’ for guidance on the pressing matters of our time – such as how to use Instagram. But is that ‘on fleek’ or ‘lit’? And does everyone really know Boomerangs aren’t just sticks thrown about in Australia?

This Danish sci-fi thriller introduces us to a world where the population has been devastated by a virus and follows two young siblings as they attempt to negotiate the rules of society when everything they’ve ever known has broken down.

Don’t worry, it comes with subtitles – and a English dub, if you’d prefer – but understanding what’s being said won’t make this sleek film any less terrifying.

Who will you be when the rain comes?

Remember Baby Cobra, Ali’s previous stand up show from 2016 where she performed while seven months pregnant?

Well she’s back, she’s twerking, and she’s ready to deliver a whole new comedy routine that includes the challenges of breastfeeding and why all women deserve three years of paid maternity leave.

Two years on, Ali is expecting again – and her uncompromising hilarity will have you wincing from how she outrageously skewers becoming a first time mum.

@aliwong is back, she’s twerking, and she’s ready to deliver. Mother’s Day 2018. #HardKnockWife

Fans of terrifying supernatural horror The Babadook will gobble up this apocalyptic thriller following the story of a father attempting to save his daughter at all costs made by the same producers.

The Office and Sherlock star Martin Freeman seems a bit out of place wandering through the Australian outback at first. But as his doomed character edges closer to death, will he manage to find safety for his child in this bloody – but emotional – zombie film?

He has 48 hours and the clock is ticking…

A fourth season for everybody’s favourite ‘mole woman’ trying to make her way in the big city is within reach – but for the first time, this season will be split into two.

Six episodes will drop in May with the remaining instalments coming later this year, which does at least mean seriously devoted fans who devour everything Kimmy may leave the house in June.

There’s also speculation the split distribution could mean a leading storyline for perennial favourite Titus. His chance to hog the spotlight is way overdue.

Do you watch Netflix? What are your favourite shows? Let us know what you think by leaving us a comment on our Facebook page @EntertainmentDailyFix!